The plan: go to Aomori, find a bicycle

Time traveling is possible. Oh, well, I mean its possible to travel and waste a lot of time. In my case it was 14 hours from Tokyo to Aomori. Shinkansen would do this in less than 4 hours, but local trains do it for the discount price. Its also possible to take an overnight bus somehow, but I never found out how to book it. 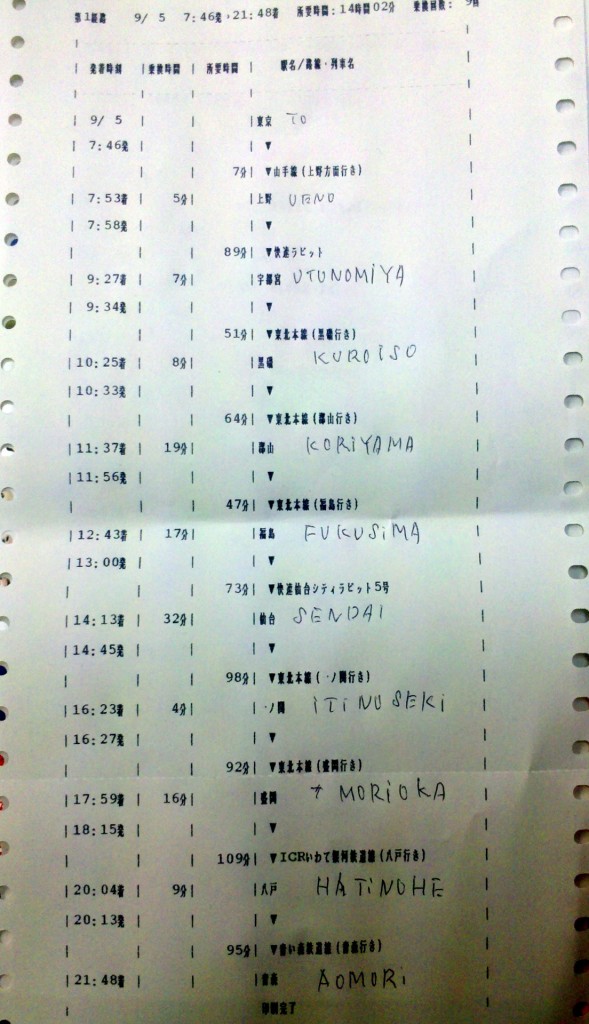 ^^ A very nice guy at the information counter in Tokyo mainstation gave me this list with translation for the stops. It would heve been ok without. Japanese trains are very pnctual and its possible to just go by the departure times. 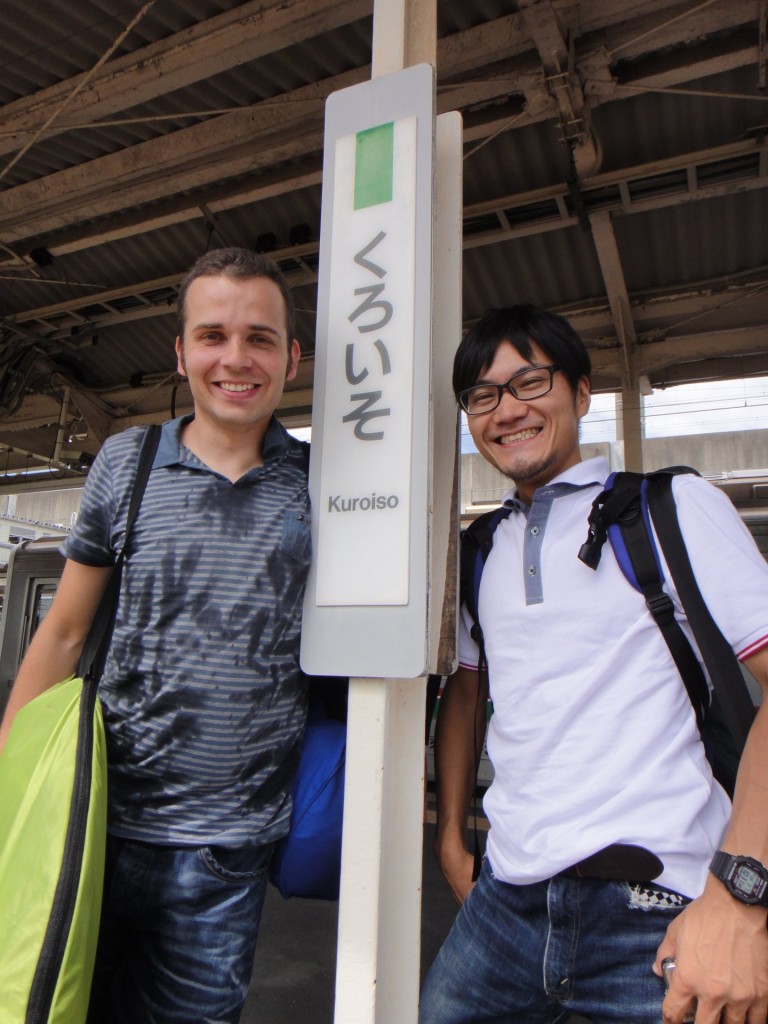 Mori decided to come with me.
He was very patient and in the same time surprised at my totally unprepared approach to find a hotel in Aomori. Somehow I didnt think of booking befor I went there. Usually there will be a lot of cheap hotels near the train station. Well, this is true in Tokyo, but in some small town as Aomori? They are hiding somehow. Best disguise is to write the Hotel name in japanese only.

Next day, the full TV crew was there and they wanted to see how I manage to get a bicycle. Japanese Internet isnt really helpful, if you dont know japanese. Finally it was down to windowshopping. There is absolutely no bike shop in city center, but a lot of delicious food stores. Finally I asked for directions in some tourist office and was shown the way to the nearest home center. There should be something. 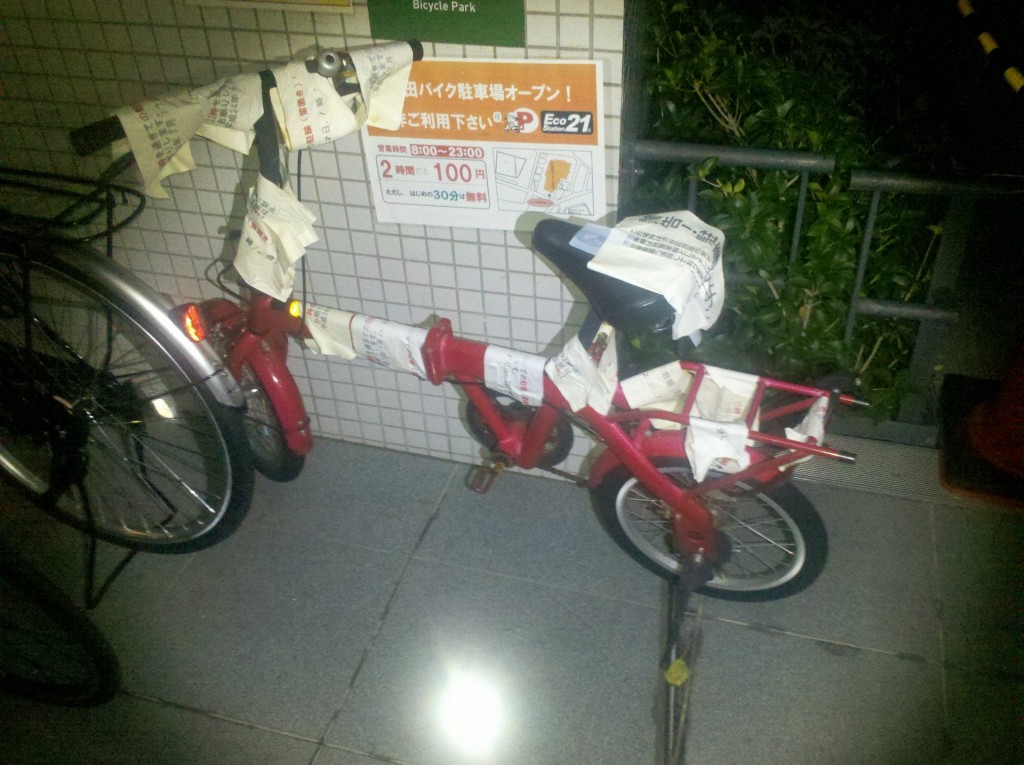 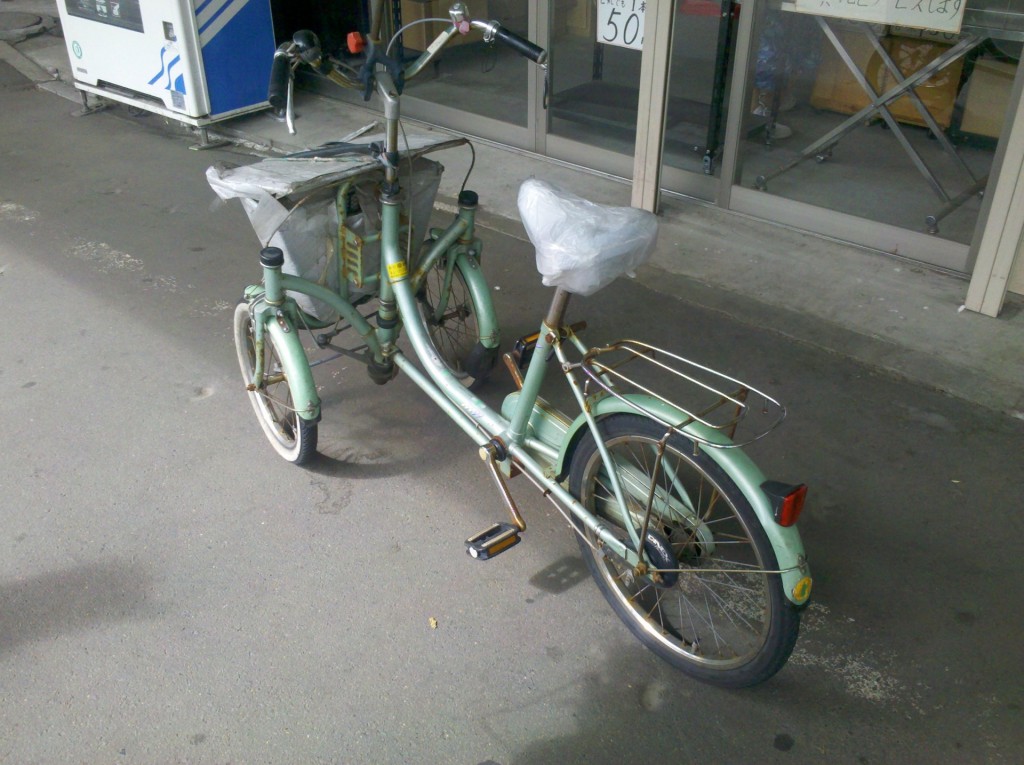 On the way to the home center (Conan, where else…) we passed this nice bike shop. The guy is repairing old scooters and bicycles. I asked if he is selling mountainbikes….

But he had one very nice bike in front of his shop. I fell in love. 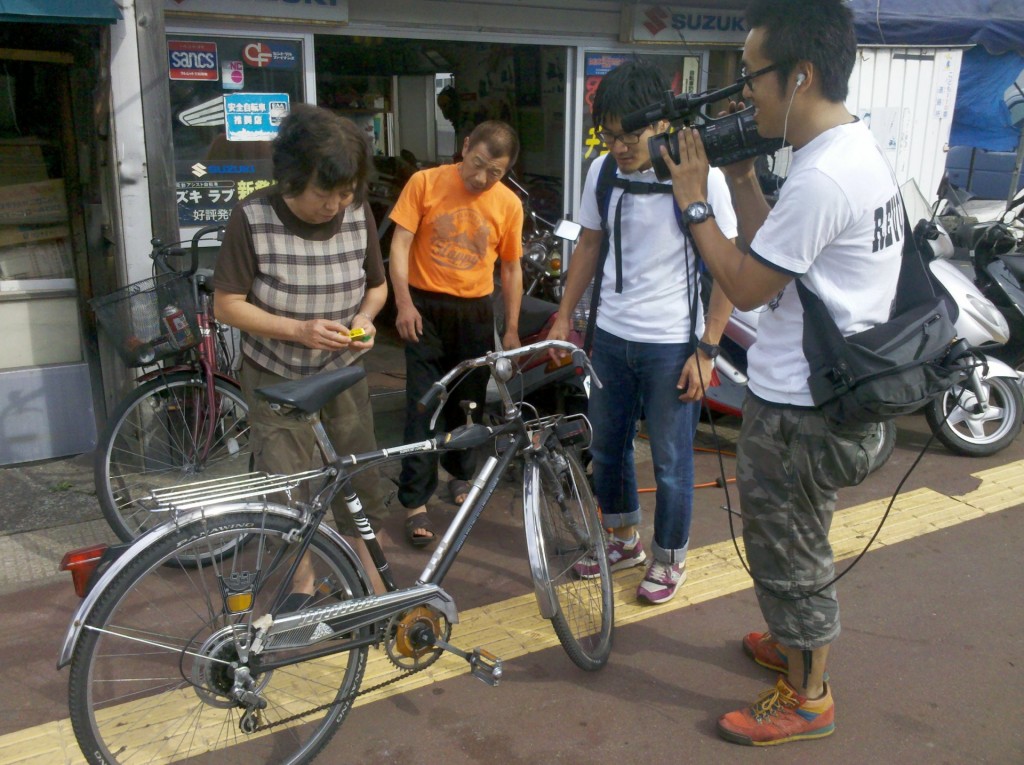 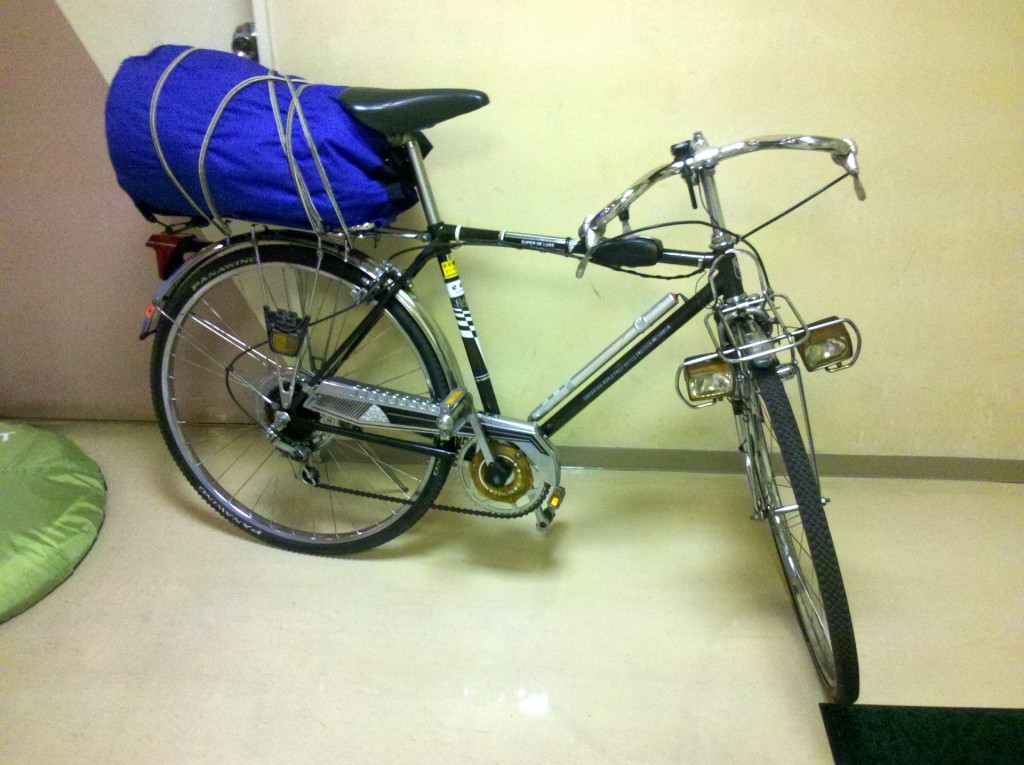 This is it! Its 40 years old, but new from the shop. He never sold it. Unbelievable.
And it got these beautiful Double Front Lights.
WOW
Ok, I know its bad spelling, but at this moment it seemed like the right thing to say.
The price was unbelievable 5.000Yen only. I would have paid much more for this queen of the road.
The TV guys captured everything and some time later people started asking me “Is it real? Double front lights? You’re this guy?” 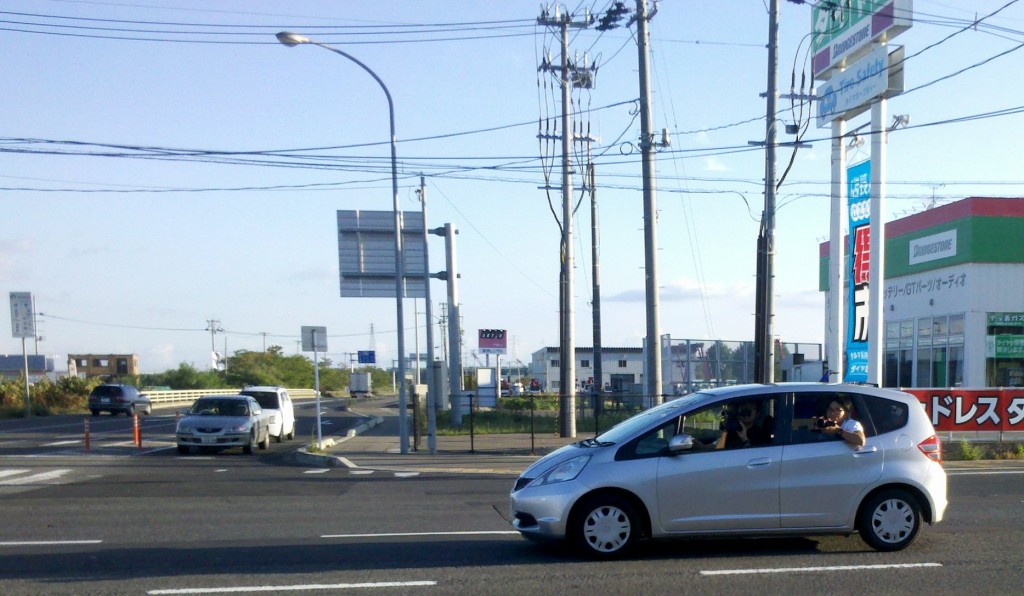 ^^ this was my personal safety car for the next day. On the way to Cape Tappi, about 80km from Aomori. 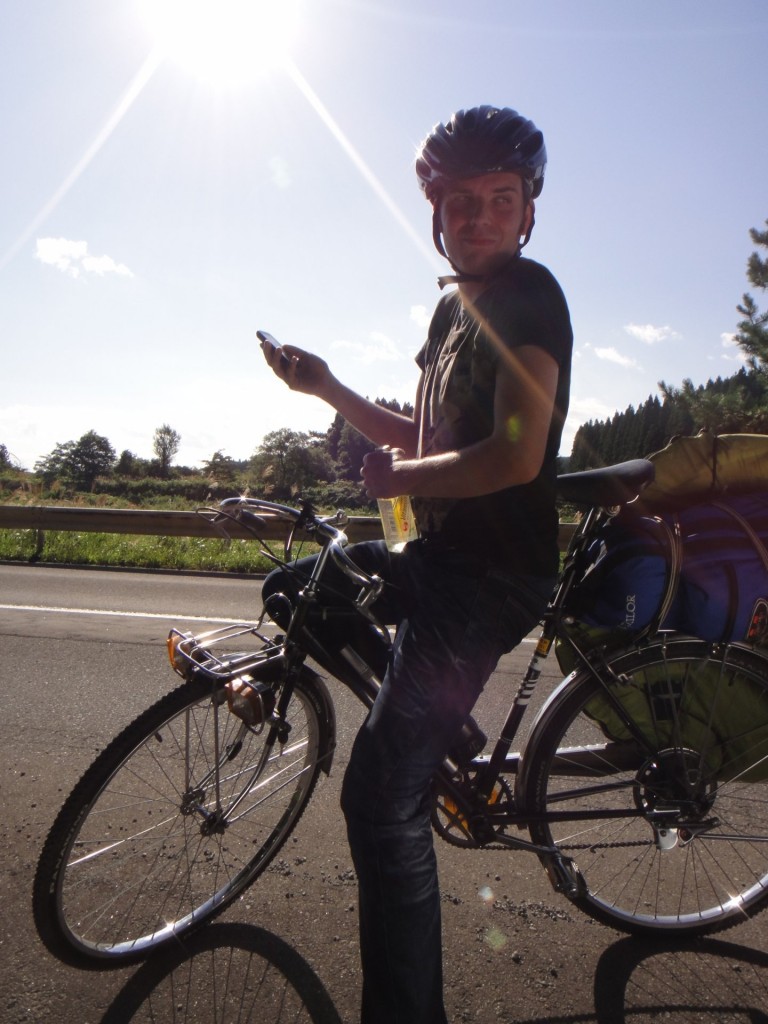 ^^ Checking navi and drinking water. Somehow its very warm in September. The tent and my bag fit very nice to my bike. Riding is fun, until the first “mountains” appear… 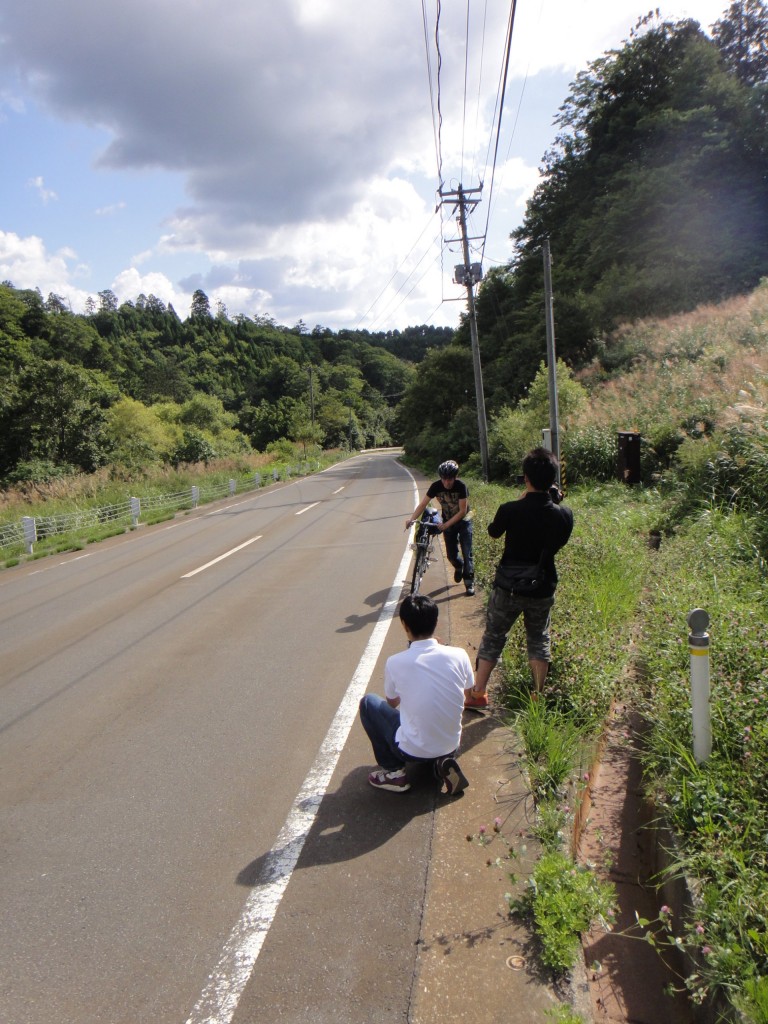 If its more than 7% inclination I have to push the bike. Its really nice for the country but in the hills the old 5 gear mechanism is not enough. 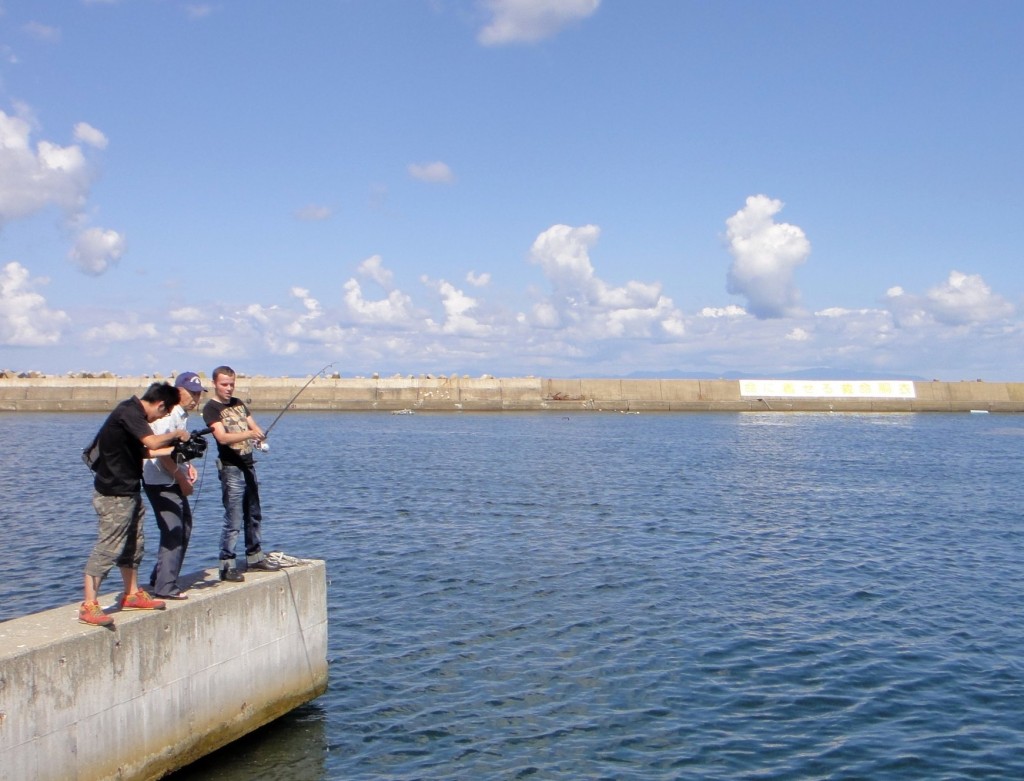 ^^ taking a break at the seaside.Some fisherman showed me how to catch fish. 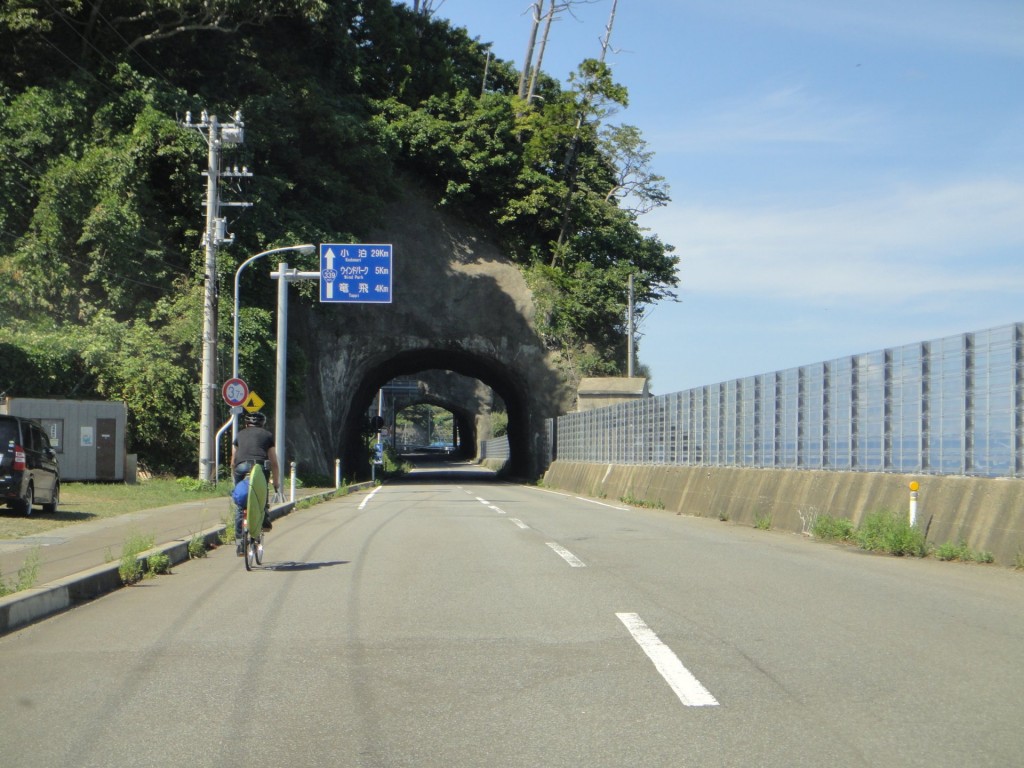 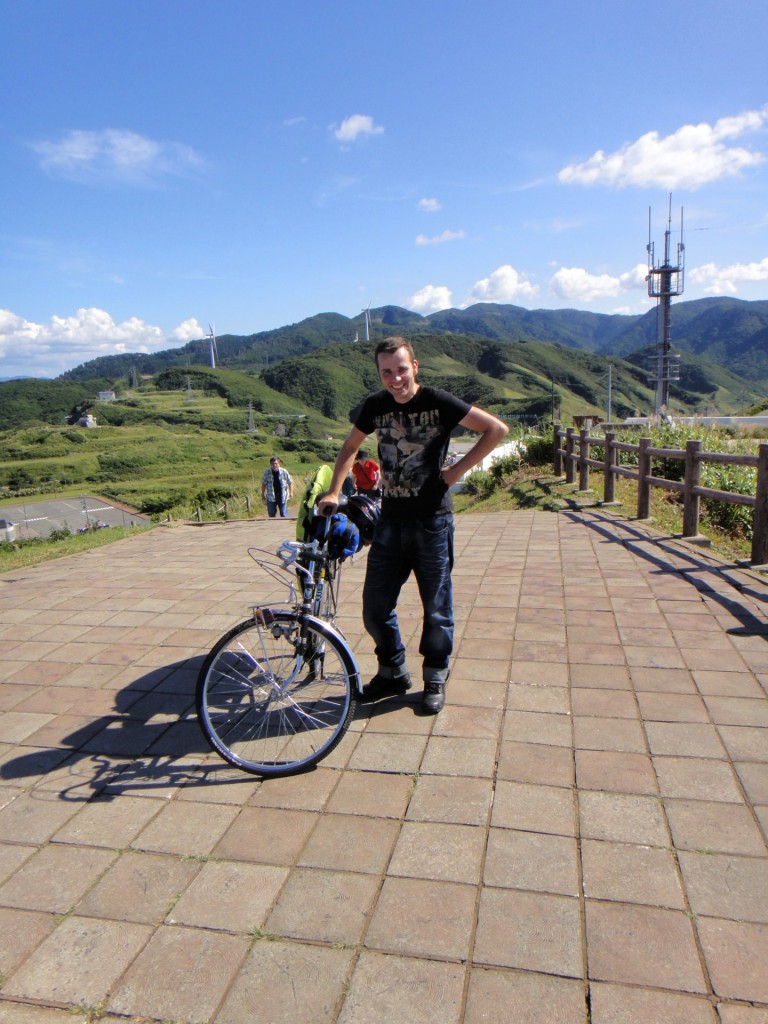 ^^ finally there. 80km in the first day was almost too much for me. I never did such a trip on any bike before. But its possible. And I was so glad to be there in the end. 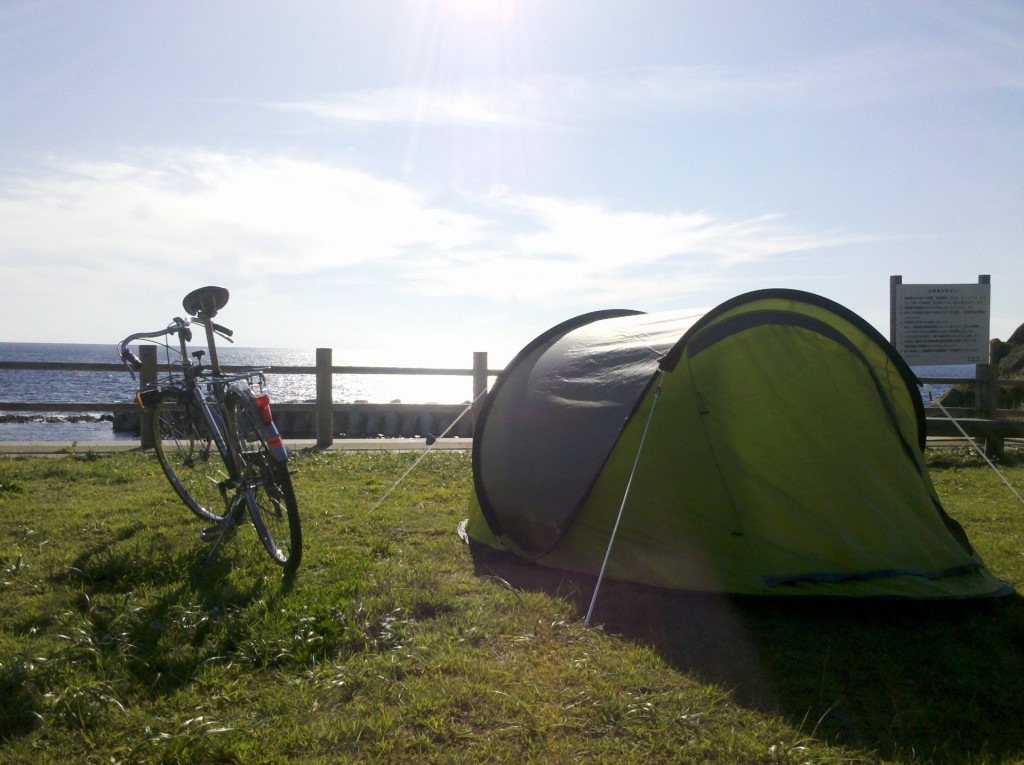 The first night in tent on the last open camp ground. Apparently its end of season. I tried to find other camp grounds on my tour, but everything was closed. Well, finally you dont need official camp grounds to stay. And if you’re leaving the place early in the morning, no one ever complains.
I started with the sun every day now and when the sun goes down I  am looking for my overnight place.
Oh yes, and I take a long lunch break, because the sun can be really strong.