….. and enjoy the countryside.
And while you’re on it, you could as well repair your car.

On our way to the salt lake we had troubles with the gasoline pump again. OK, this was expected and I could repair it. But we arrived at Baskuntchak salt lake just when it was dark. Anyway, had a lot of fun with the camp owner and a young couple camping there. Drinks, schaschlik, swimming in a 30%salt lake at night. Well, its safe, you couldnt drown there 😀
In the morning we took some pictures of the nice UAZ collection they use for bringing tourists to the beach somewhere in the middle of this lake. Then tried to run to Astrahan. And broke dwn almost exactly in the same place as the day before.
We changed the gasoline pump again and now I’m out of emergency pumps 😀 But the new pump can be repaired. Thats a big PLUS, because we had to repair it just 20km later. and another 20km later too. And found out It not just the pump, also the ignition got some troubles. There was a wild spark in the ignition distributor.
I improvised with an old silicone tube for insulation and now its as new again. We also used this breaks to install a “diffusor” to our radiator. Some metal part thats used for better ventilation. It improved our engine overheating problem slightly.
For statistics: from 7am to 5pm we had a drive/repair time ratio of 1/10. For one minute of driving, we did ten minutes of repairing 😀
Arrived in Astrakhan at 9:30pm, instead of 3 in the afternoon…. 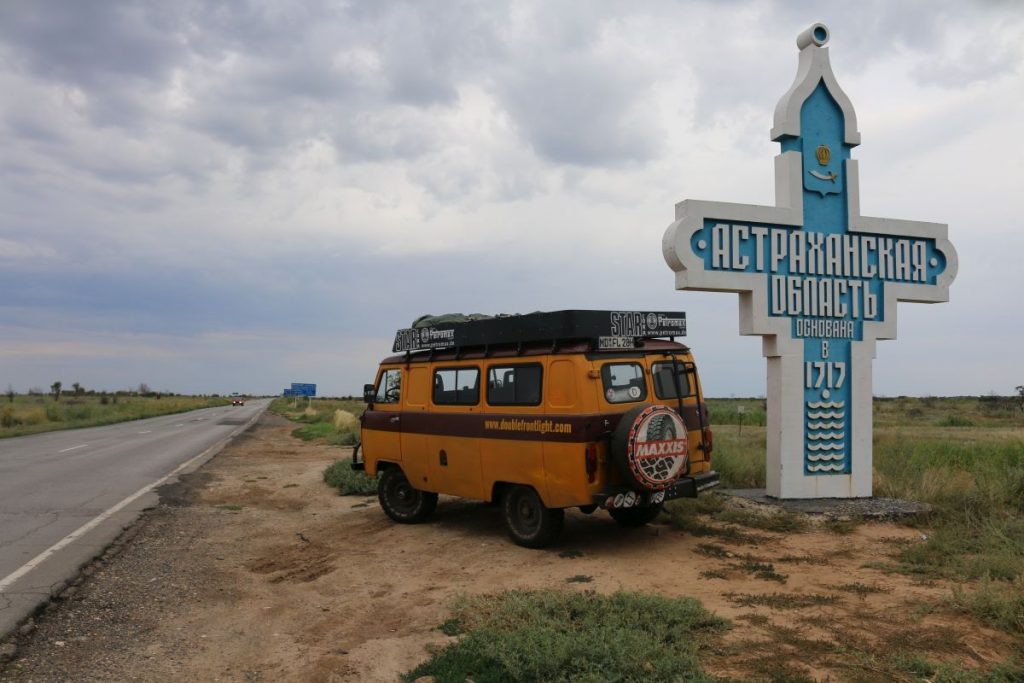 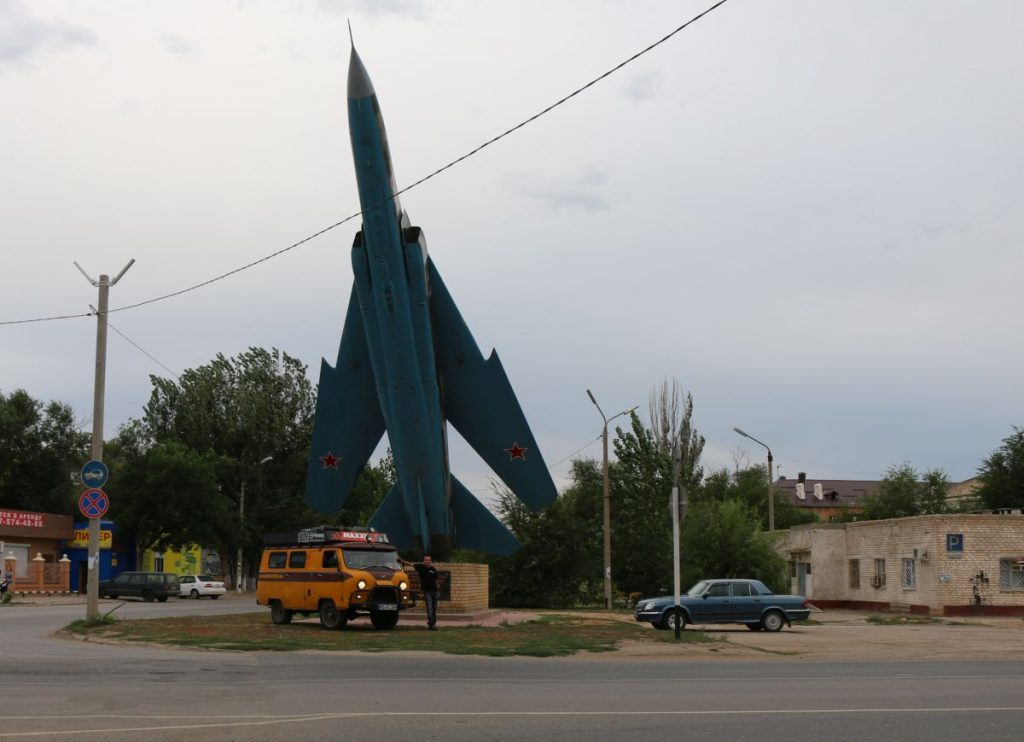 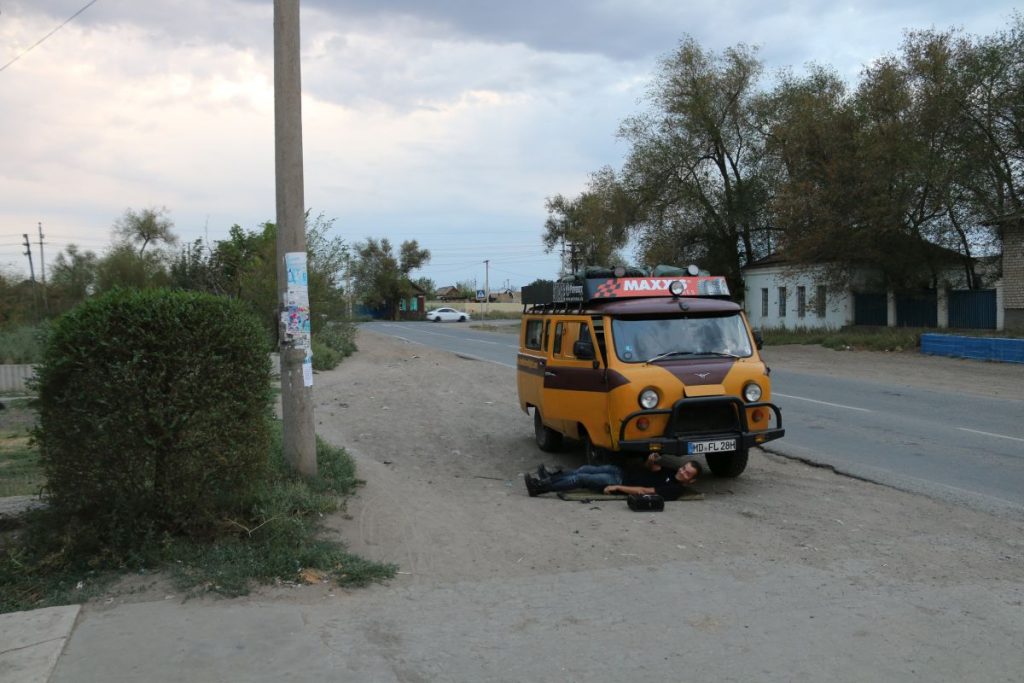 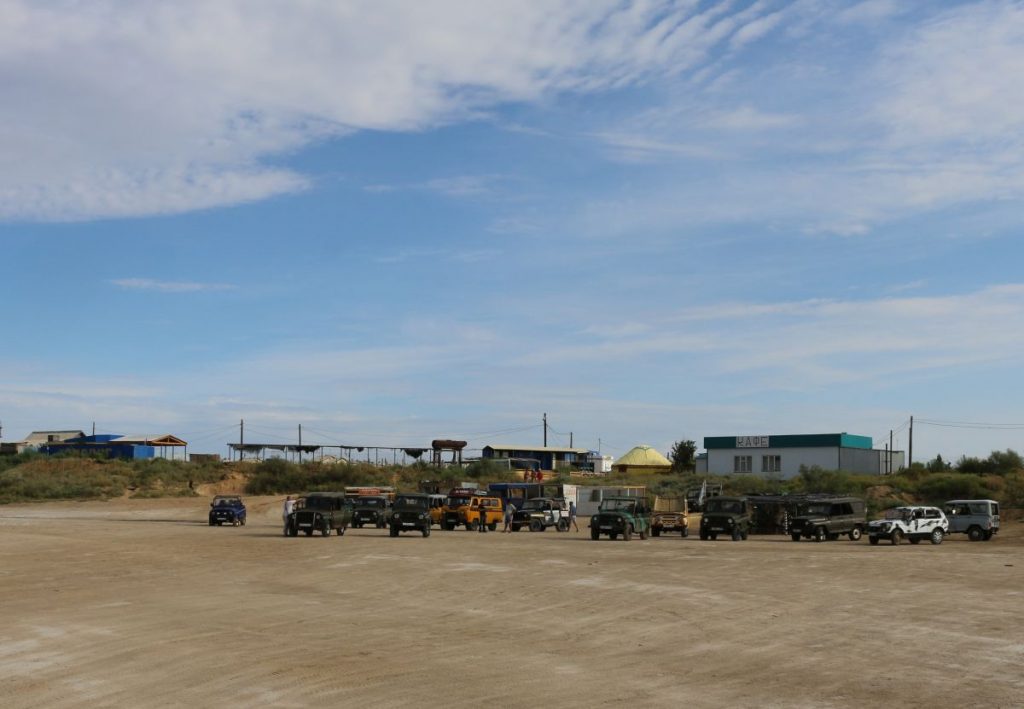 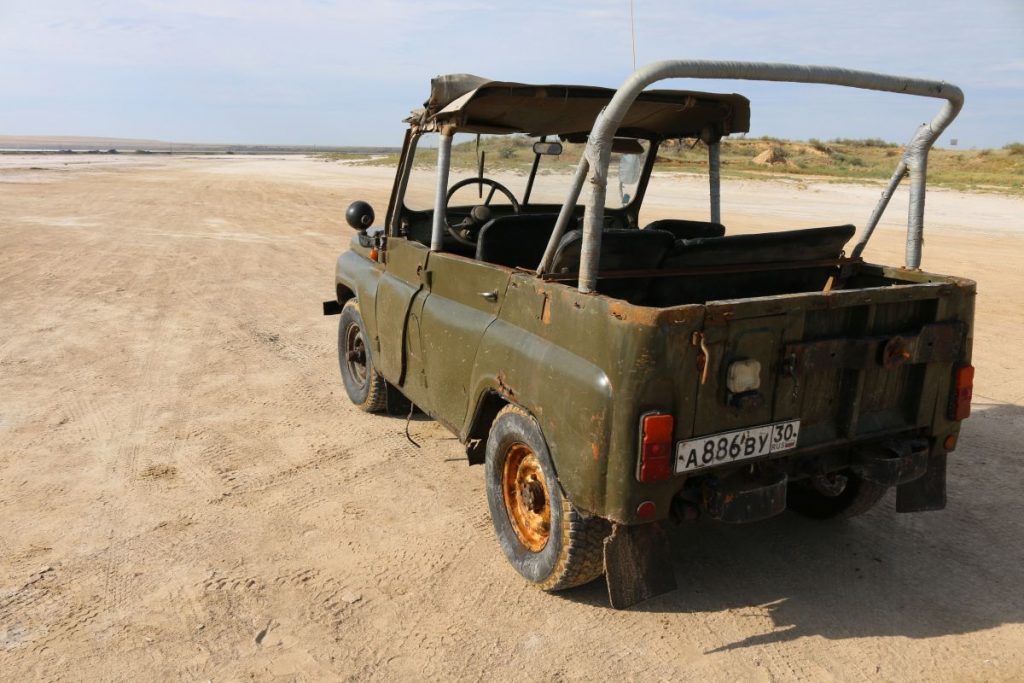 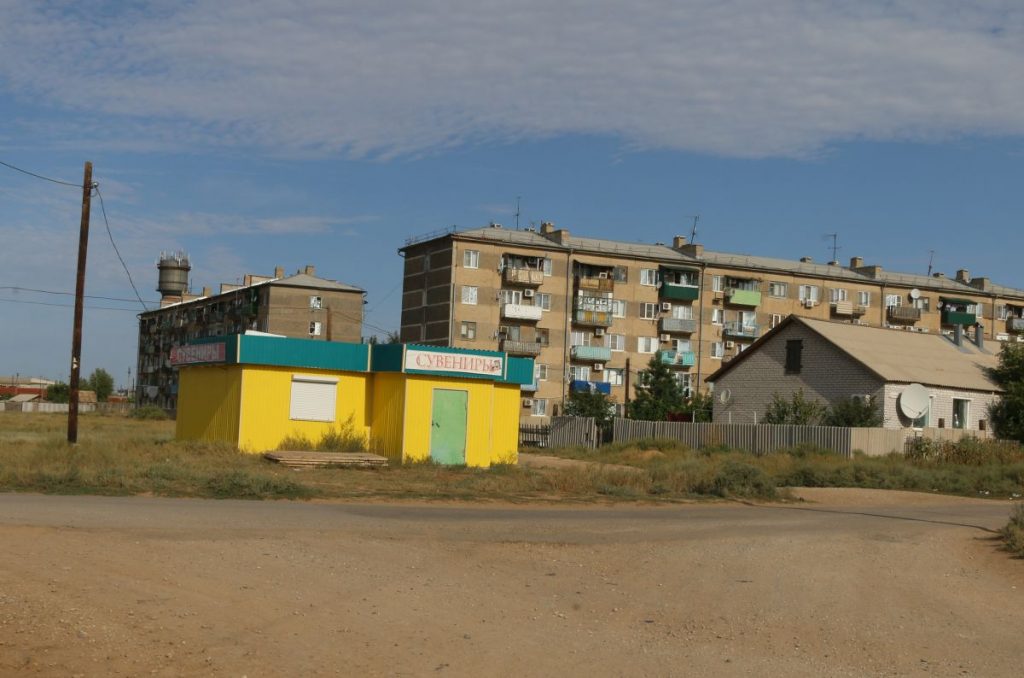 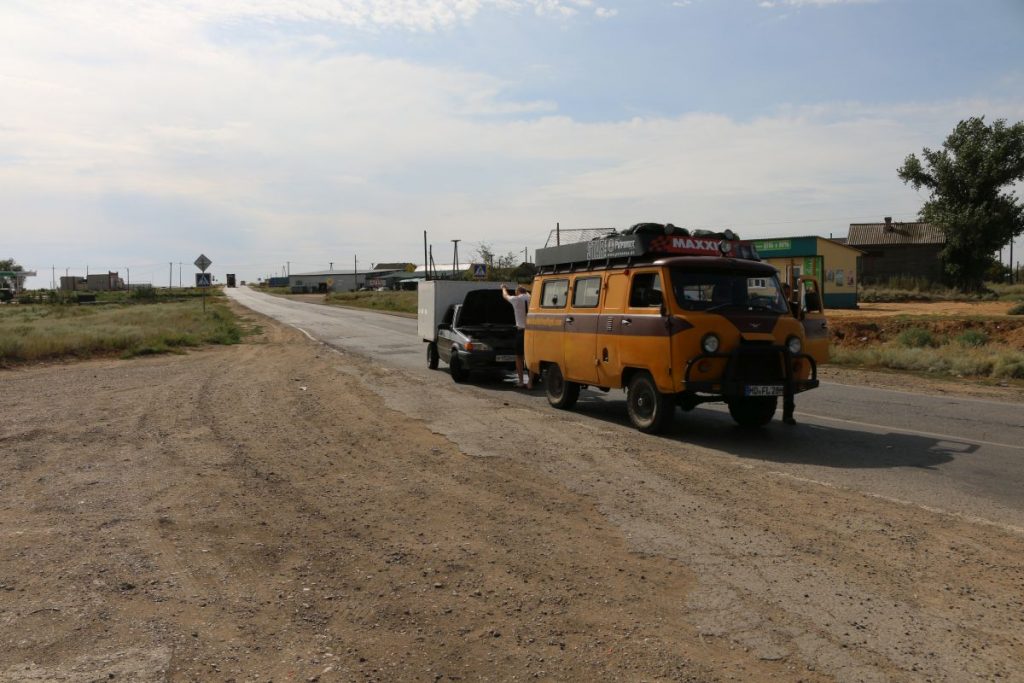 ^^ We are not alone. Their radiator broke in the same place as our cars gasoline pump 😀 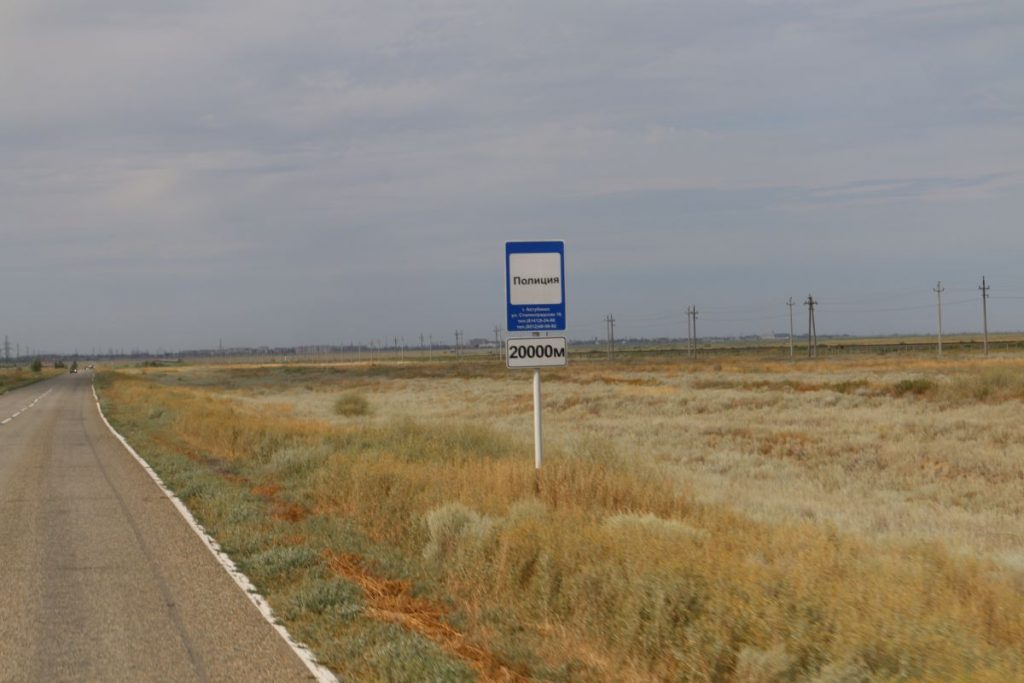 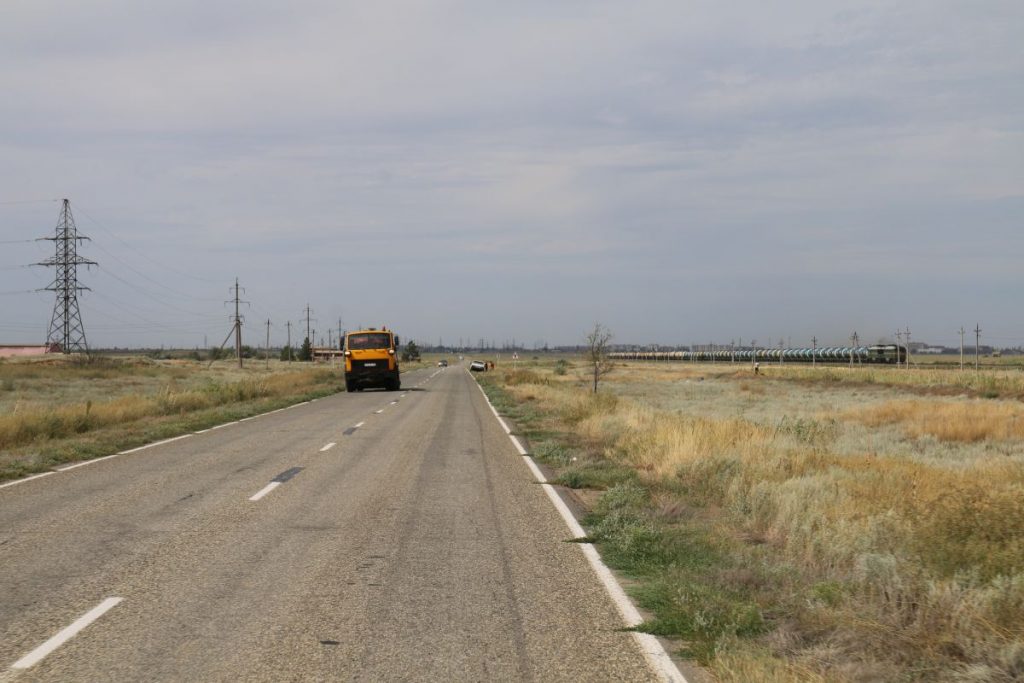 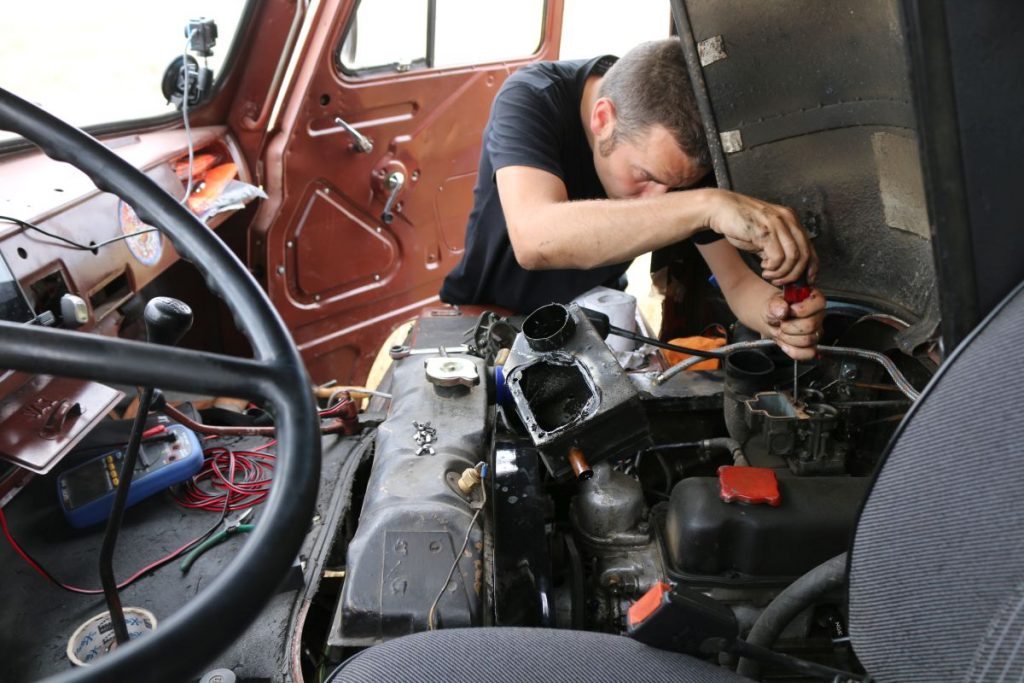