The trip to Kazakhstan started with our “breakfast included” in Astrakhan. And with a lot of repairs. The starter didnt want to do his work any more and the gearbox was leaking. Could fix both, but it took some time. Now its like new and we could go to the next country. The war to the border was funny, had to cross some old ponton bridge. Cool!
Border crossing itself went without troubles. Very fast and very friendly. We also met a german couple tramping to Kazakhstan at the border. Crossing by foot is impossible here, so we took them along. Had a nights stay at the caspian sea, then went on to Atyrau.
The streets are catastrophal, but my car was made for them. Finally we are one of the fastest cars here 🙂
From Atyrau to Aralsk (I wanted to see Lake Aral) its one big adventure. We found some short cut and it only took 2 days and 950km to get there. Everything in our car was nicely covered in a lot of dust. But still better, than taking the “good street”. This would have been boring 1700km.

Lake Aral is not like it once was. We tried to get to the water, but thats not easy. Near Aralsk its not too bad, just 15km from the original beach. Then we tried to get eastwards and had to do our own road 😀 FUN FUN FUN! Like driving in the desert.
The road eastwards is new. Perfect. Boring. Decided to race and just do a short stopover in Baikonur. Would have been interesting, if the city was open to visitors. But it isnt 🙁
Here we decided to look for interesting things and found out we can go to Kirgistan without visa. YAY YAY!
Did 820km that day. We have to speed up a little, to compensate for some extra 1500km….. 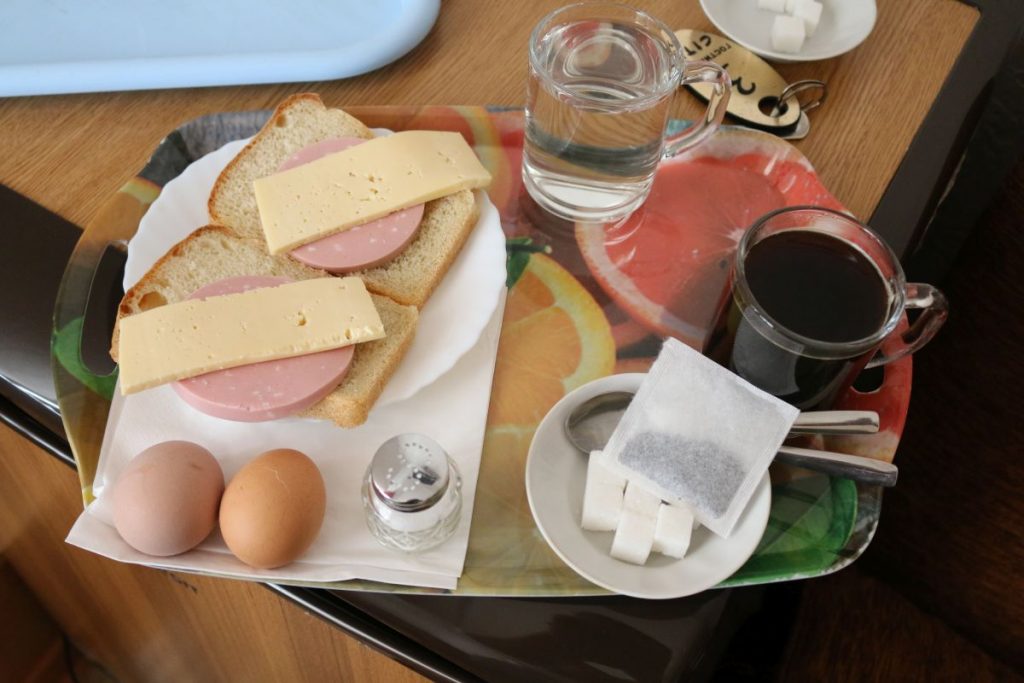 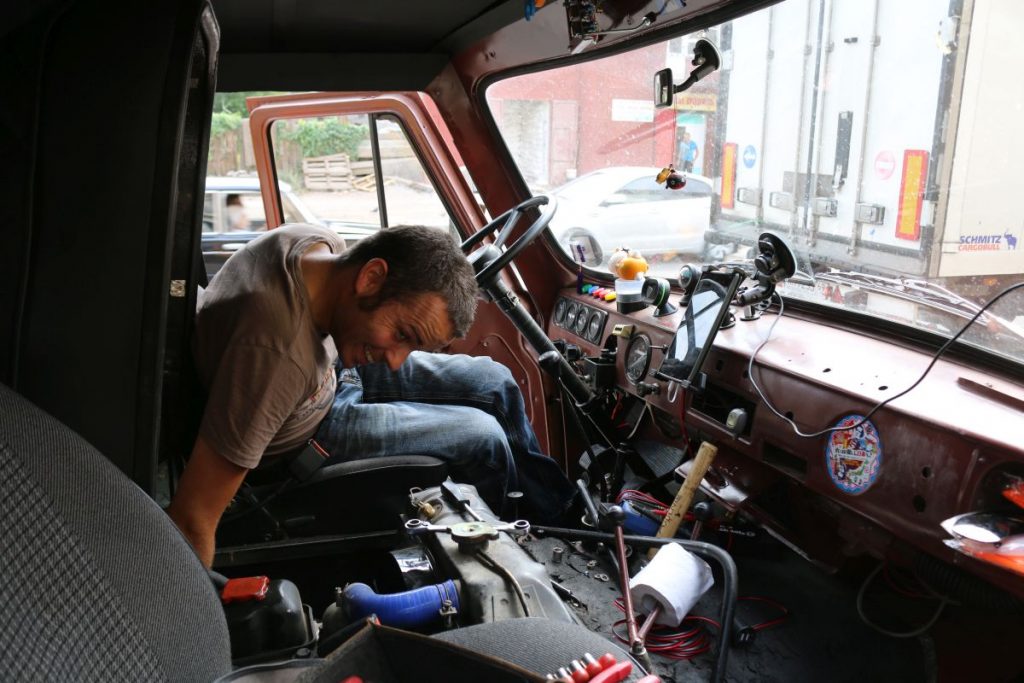 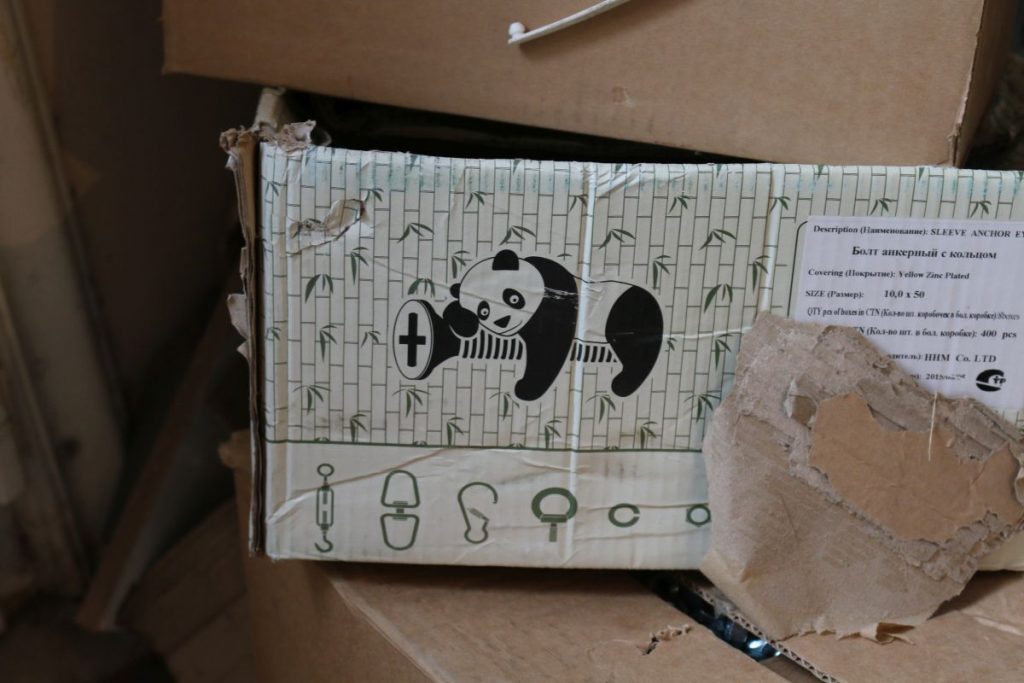 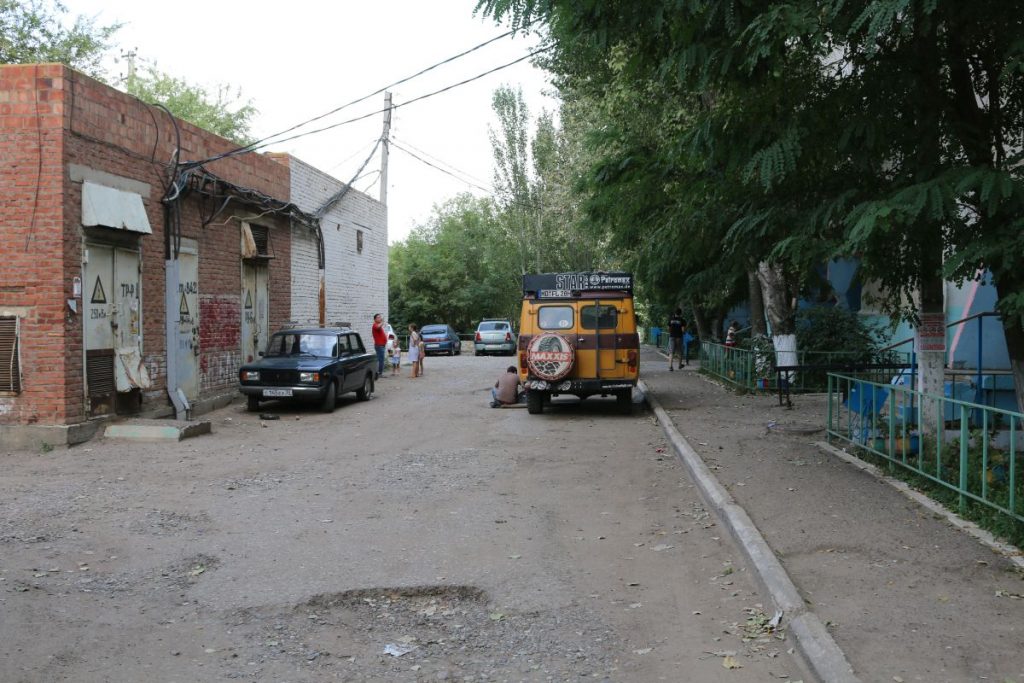 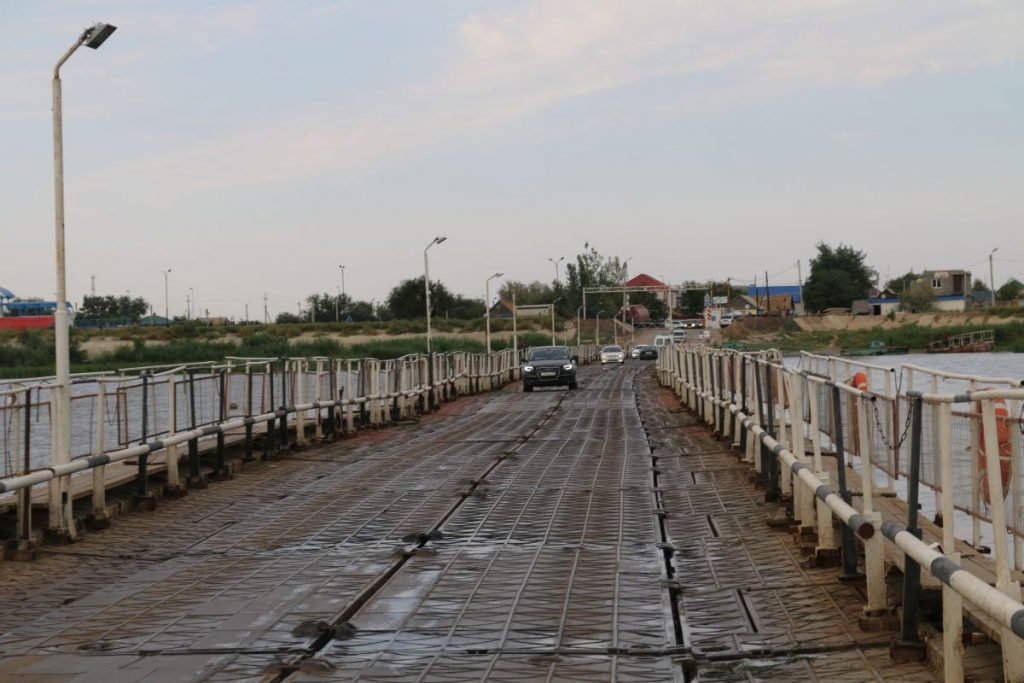 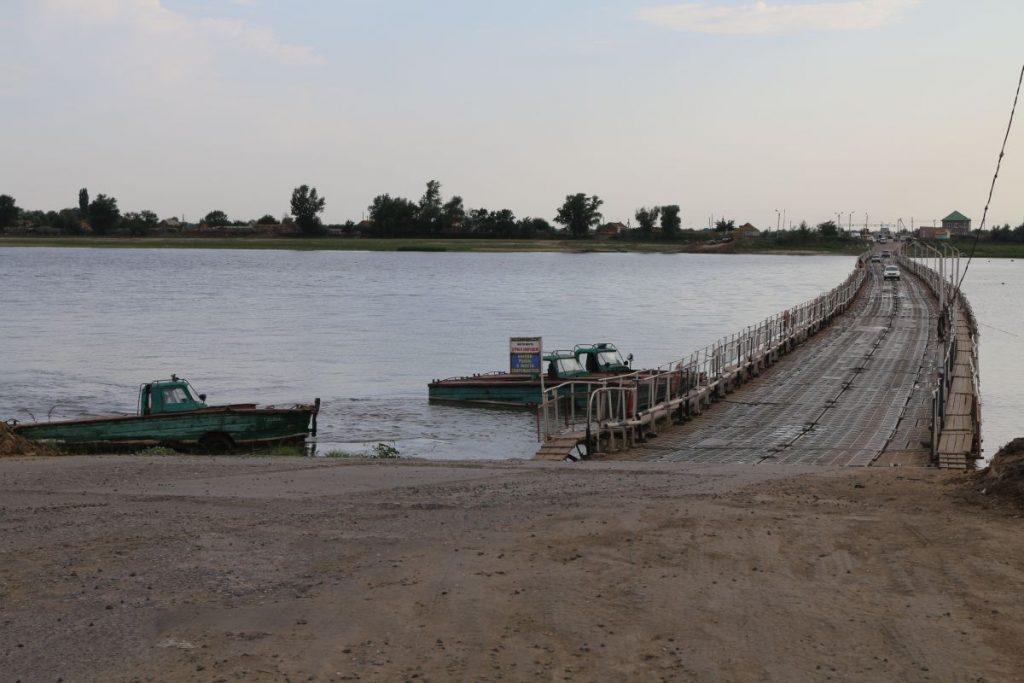 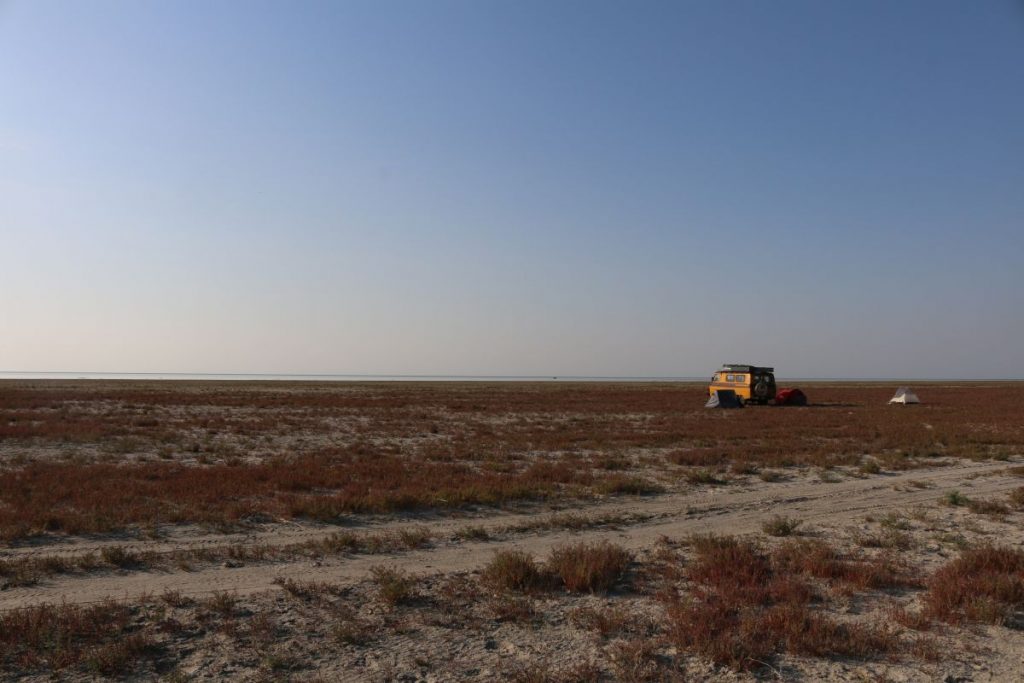 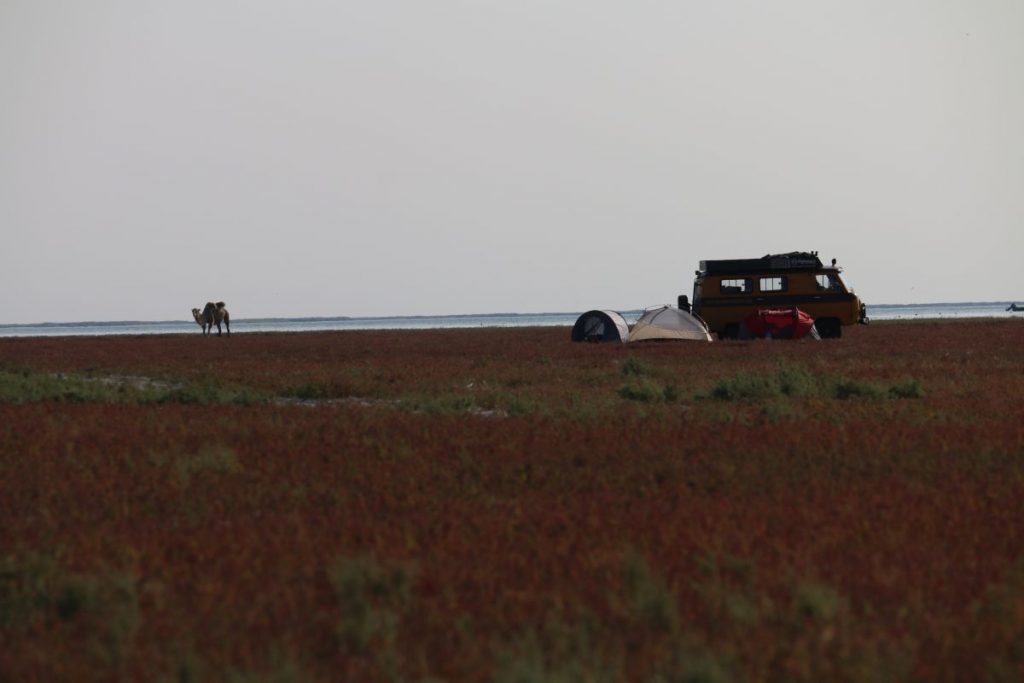 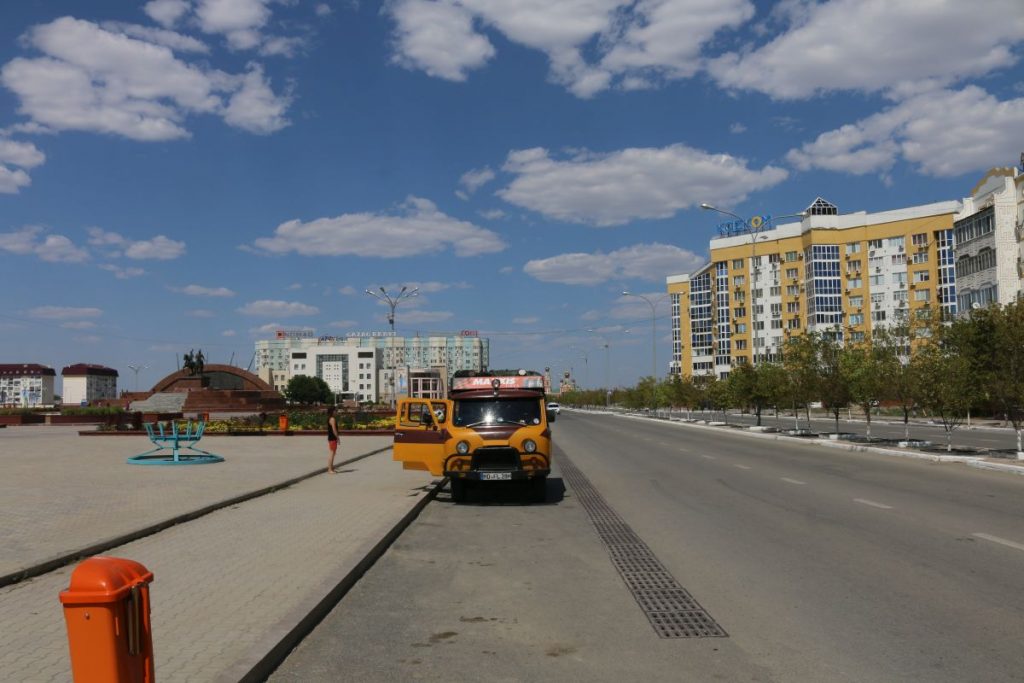 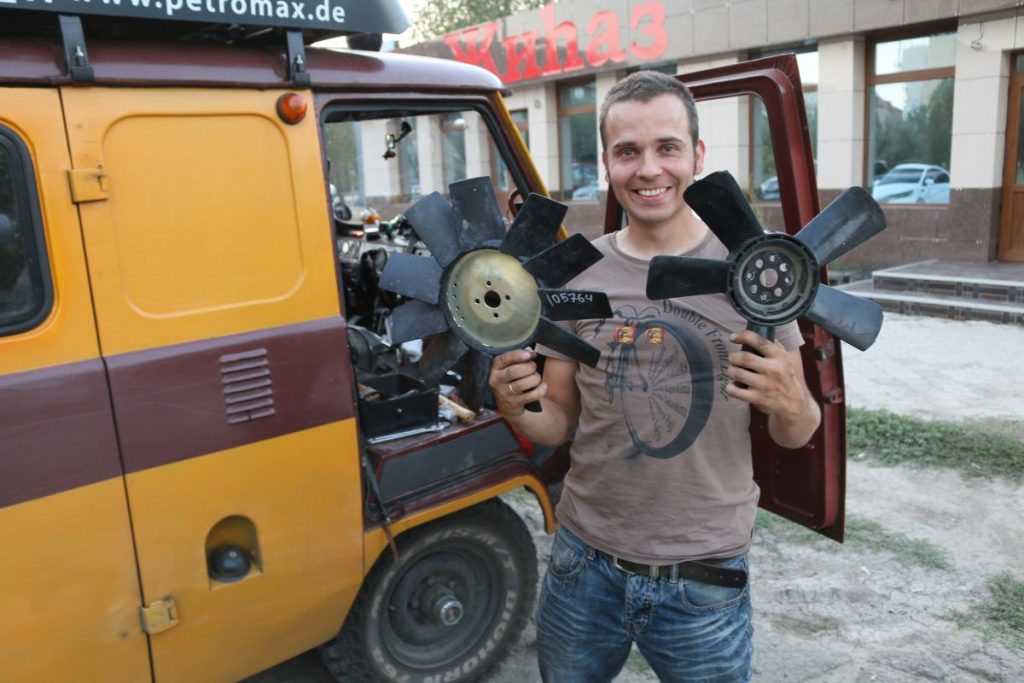 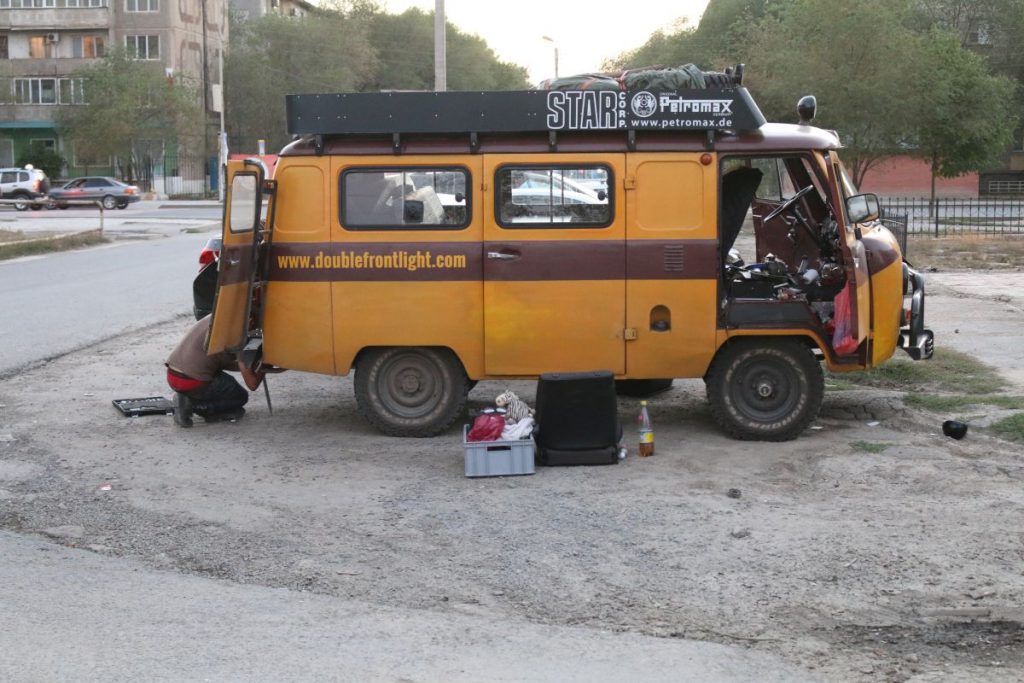 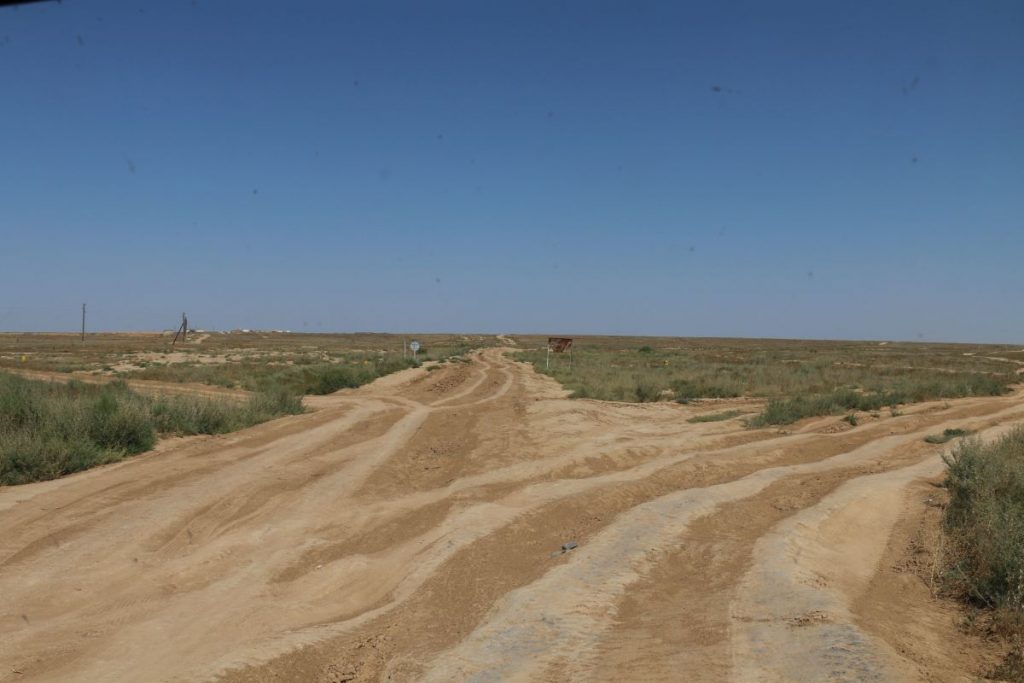 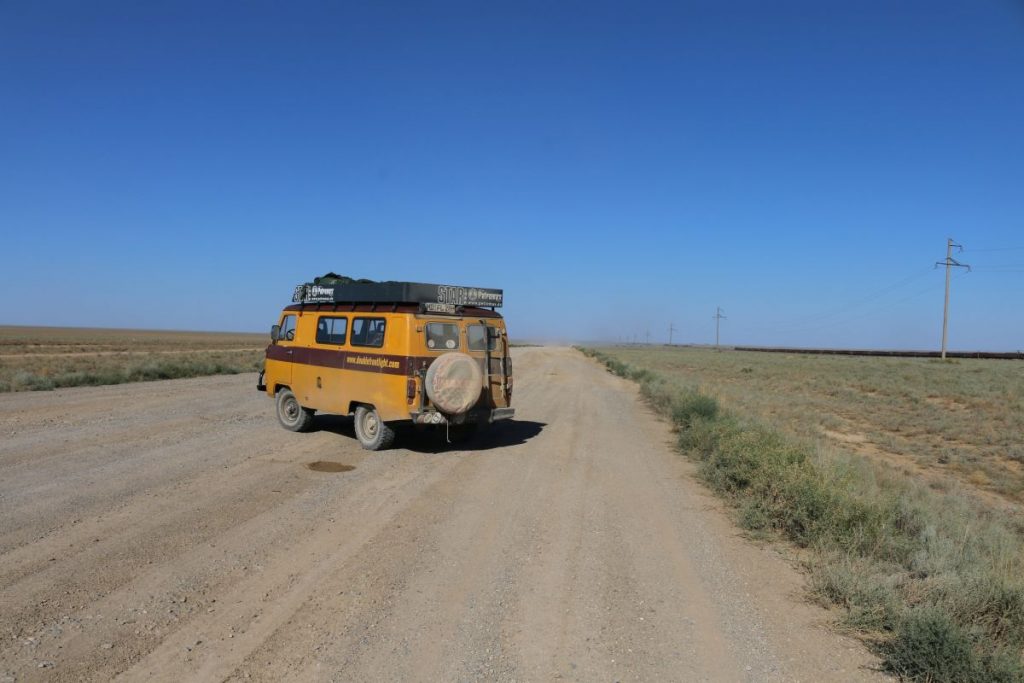 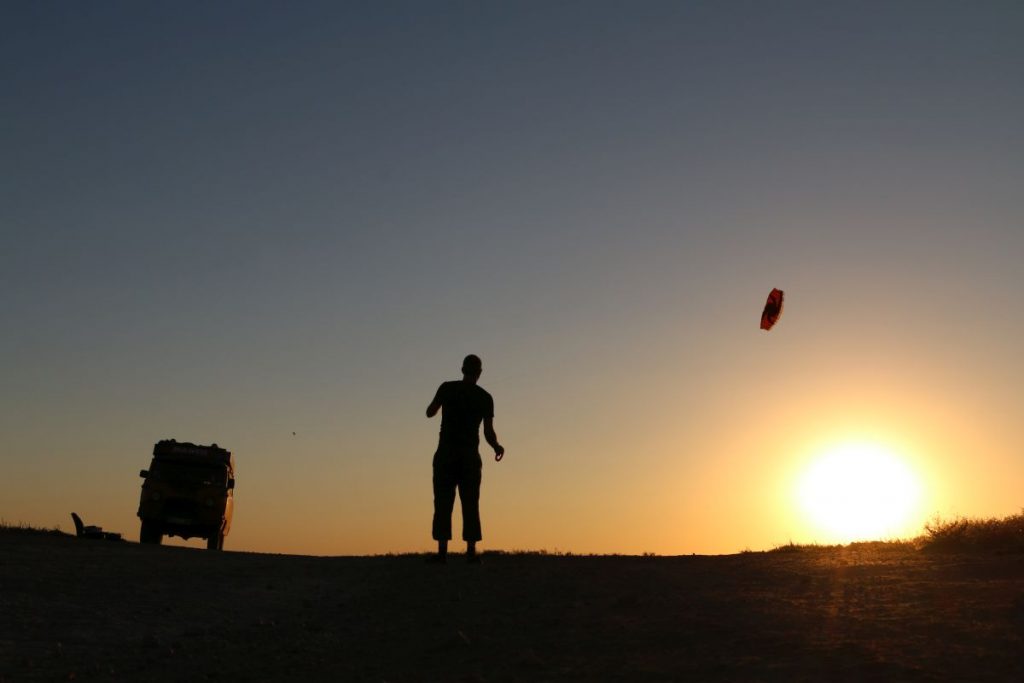 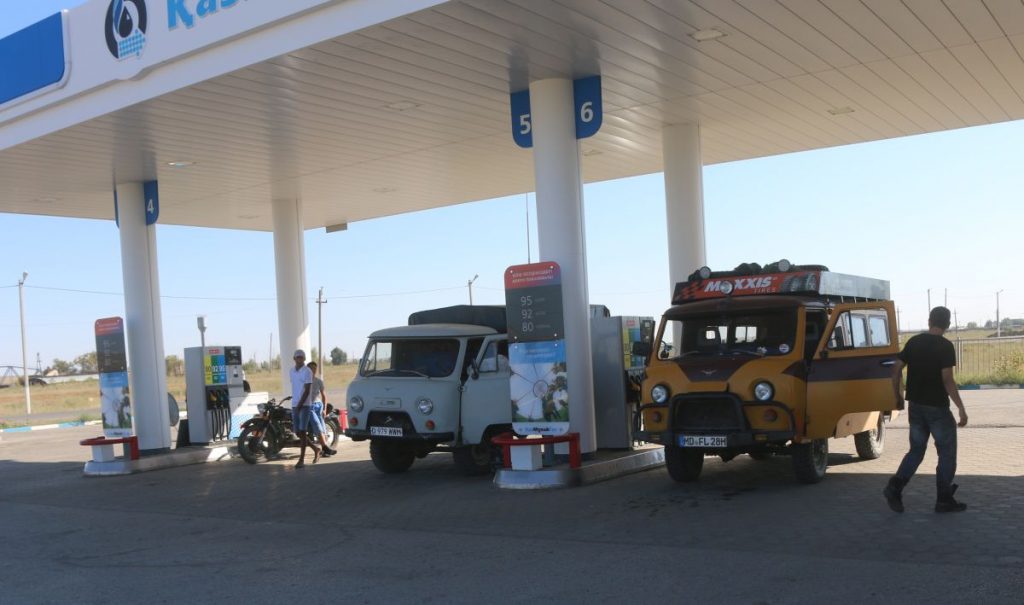 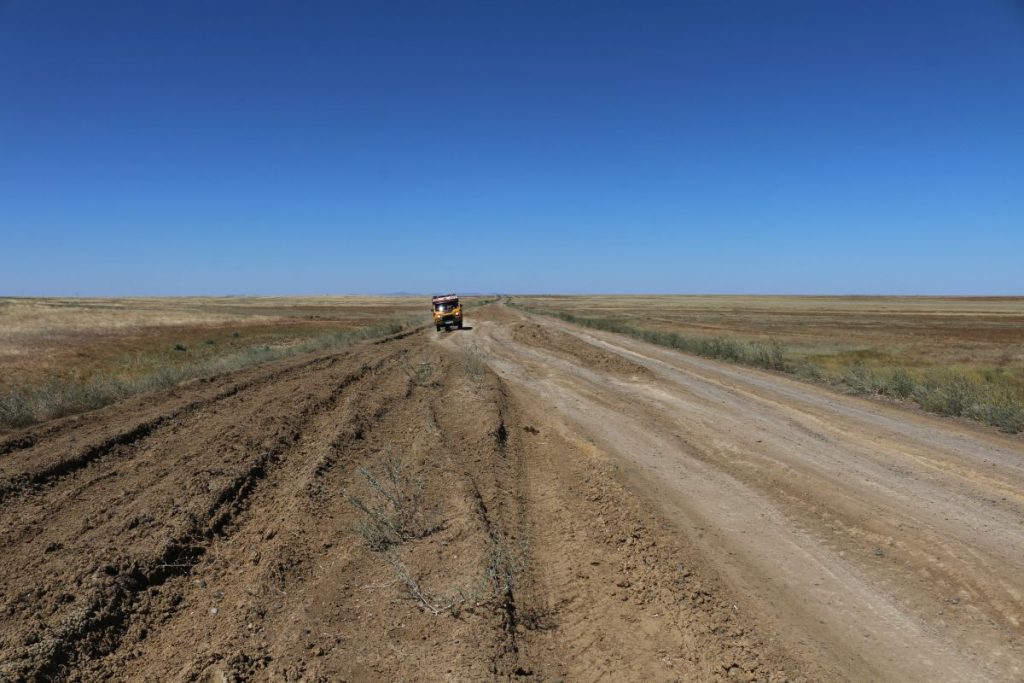 ^^normal road in the West 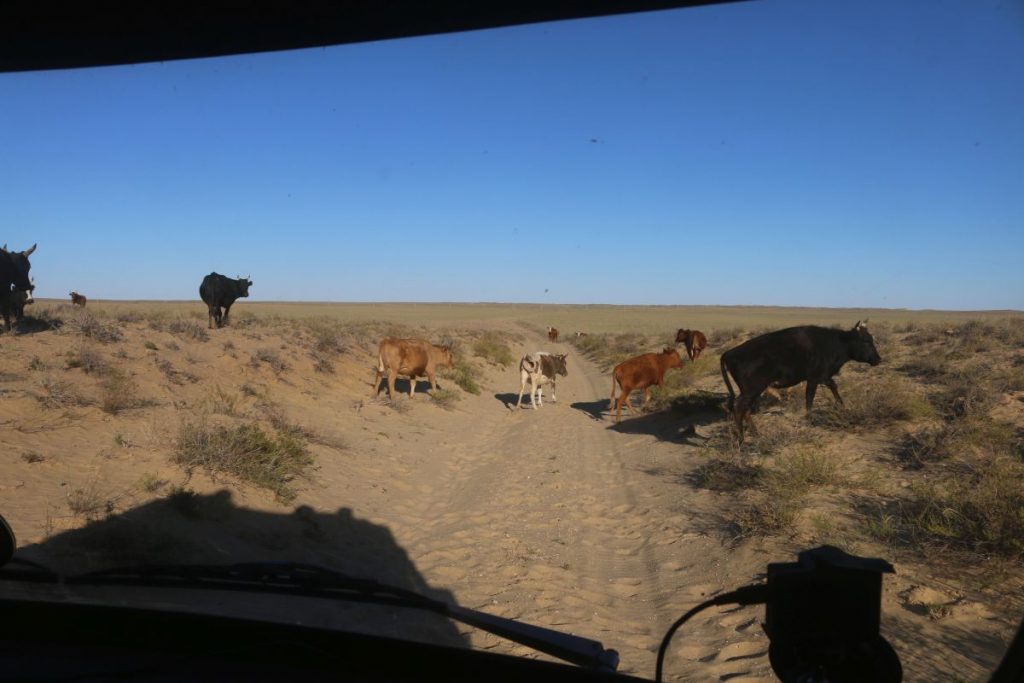 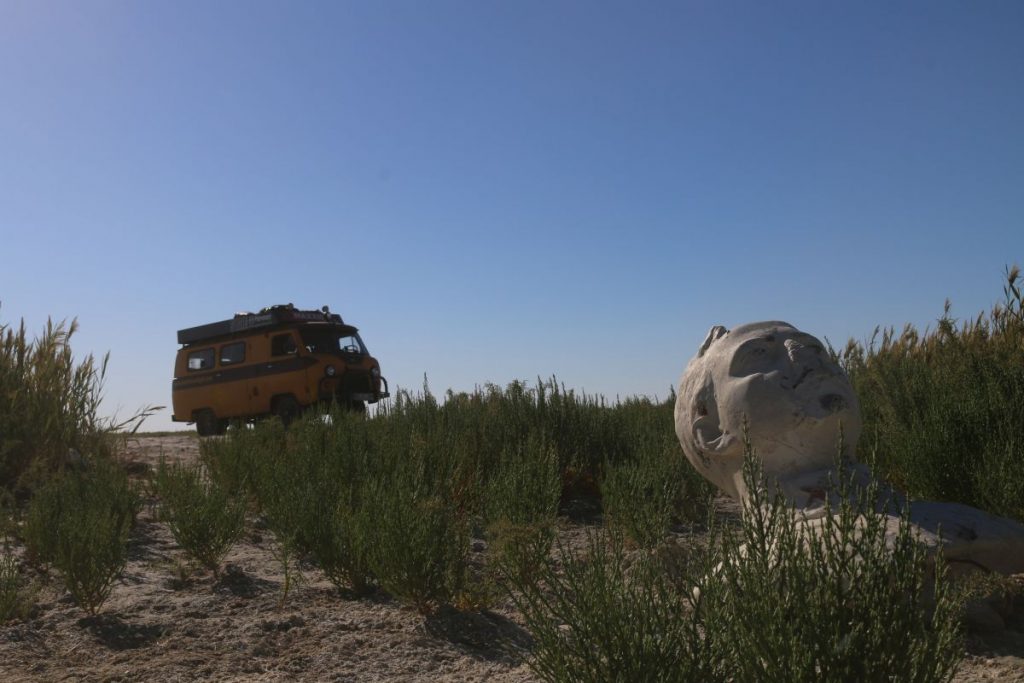 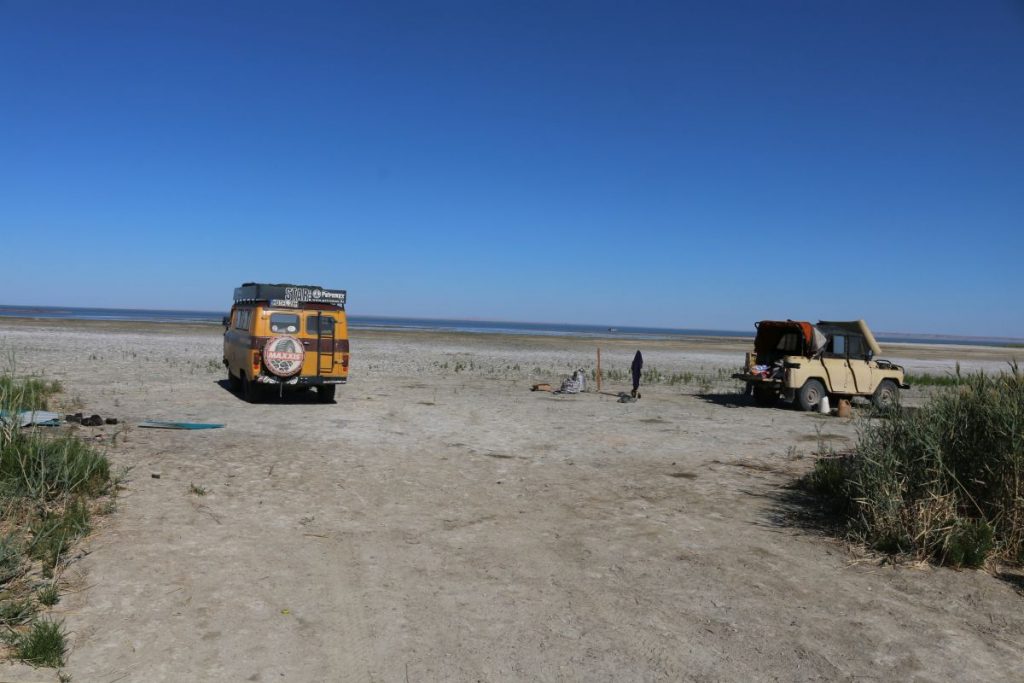 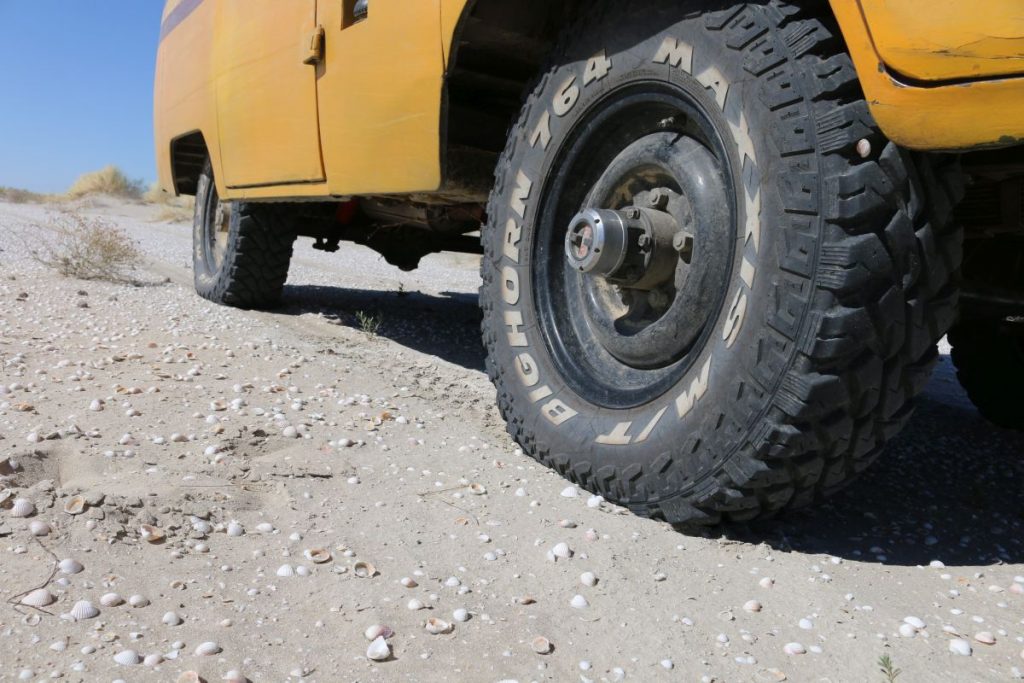 ^^reduce air pressure and nothing will stop us 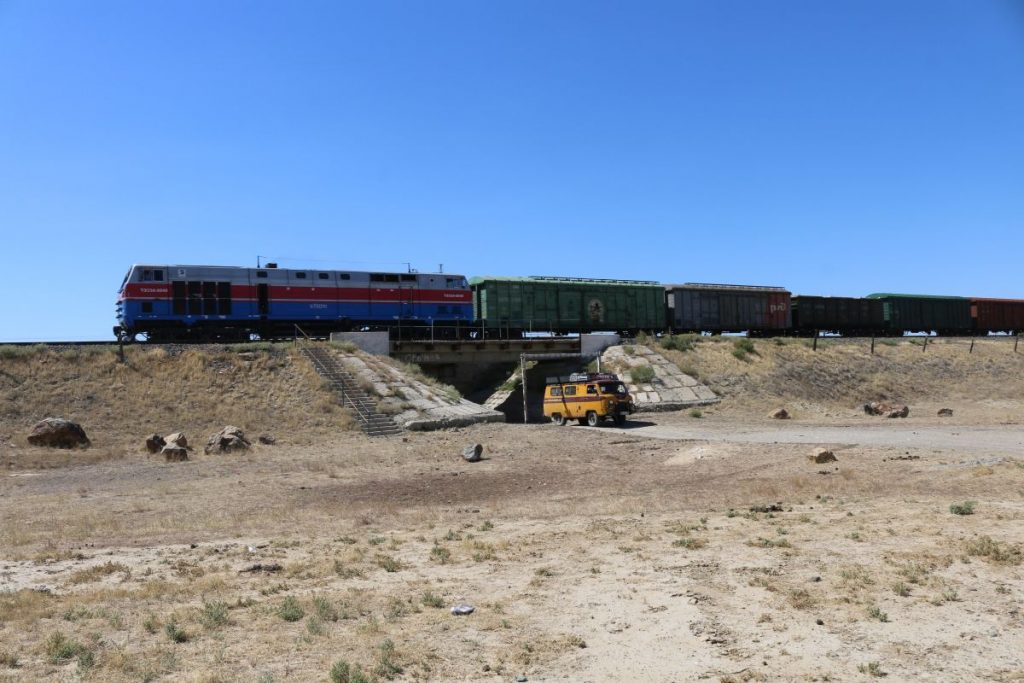 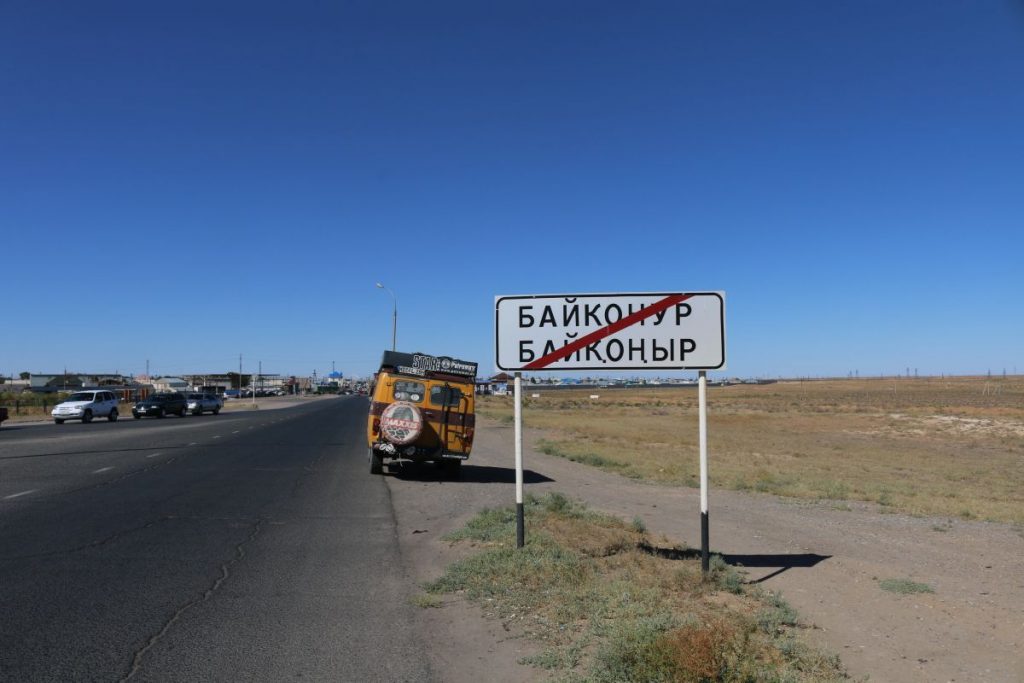 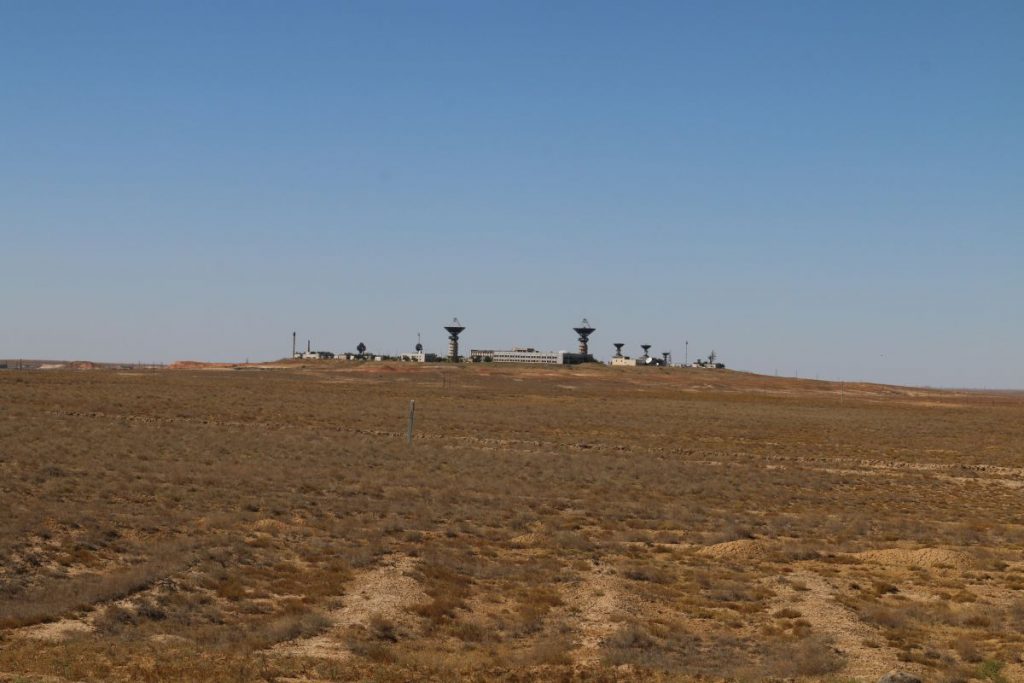 ^^Baikonur Cosmodrome. this is everything you can see, when you pass it. 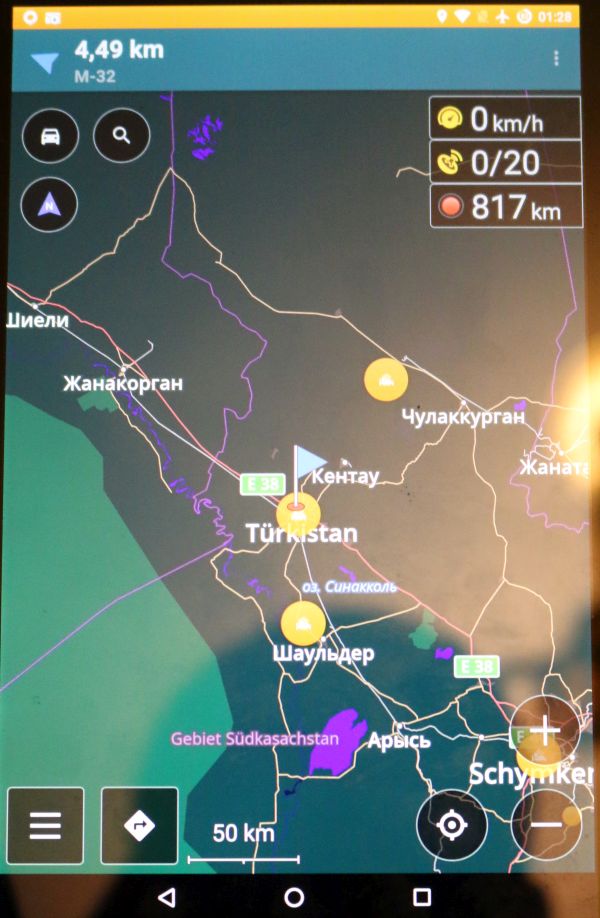 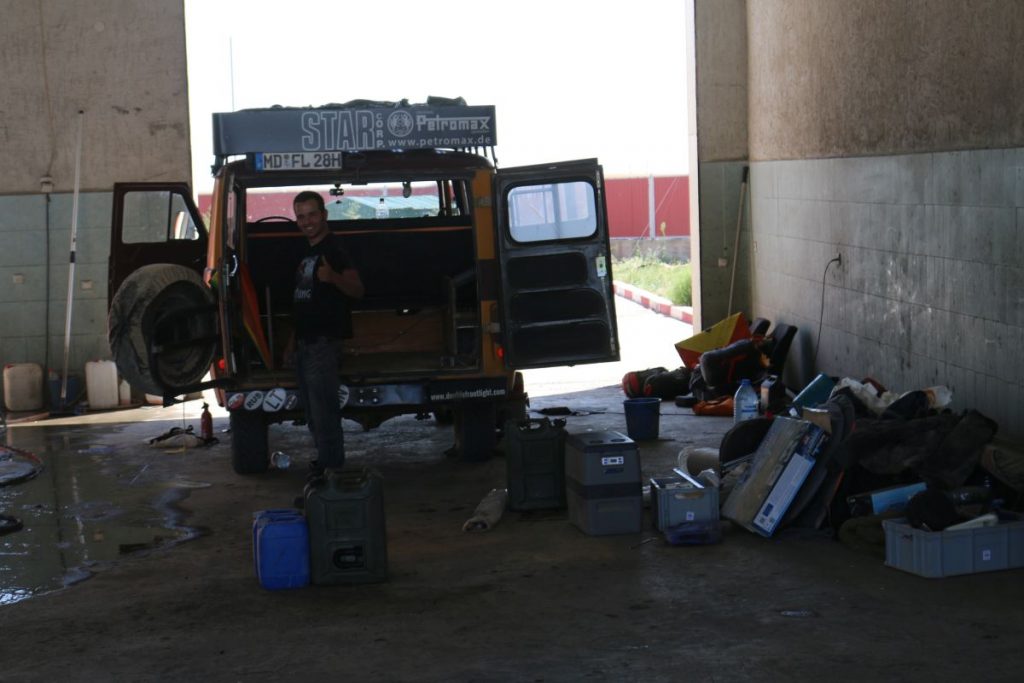 ^^ cleaning the car. It was VERY necessary……