The plan: visit a wedding

Somehow I actually made it to Moscow. It was a little funny because the girl at the airport was like “sorry, I can’t let you fly to Russia.”…… Yes, very funny. My visa was from august 17th and I would have to wait 2 hours in the Moscow transit area before passing immigration. According to the lady, its impossible and I had to take the next flight. At 3am I was finally there. 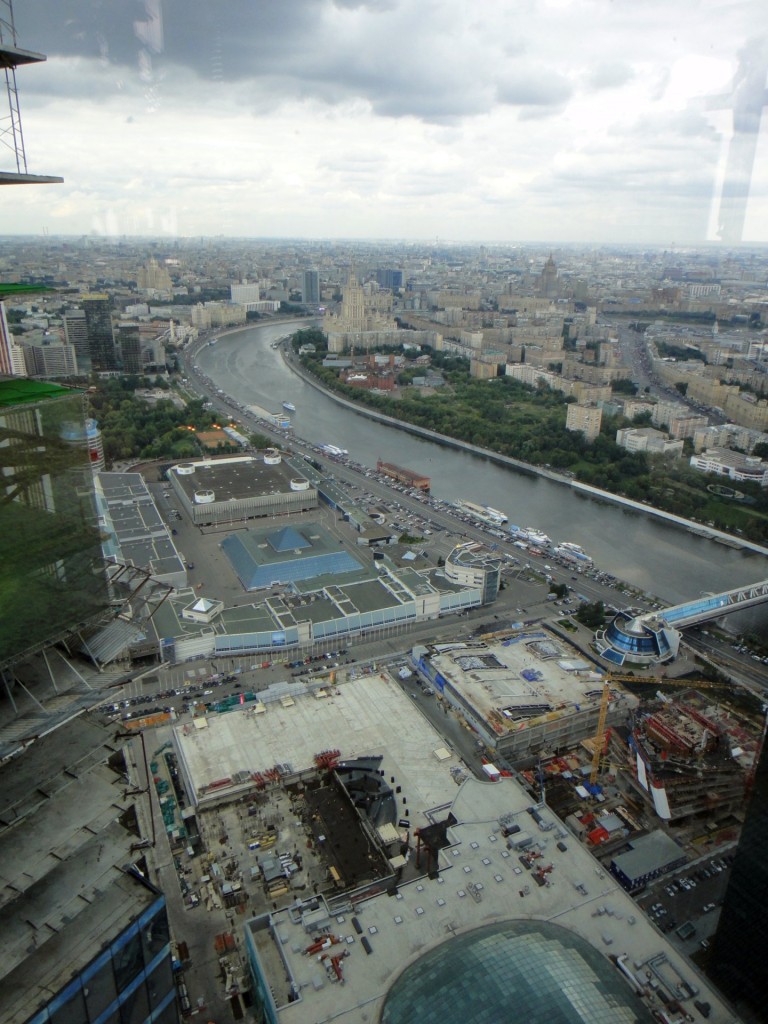 Moscow is the biggest city in Europe.
I’m staying in my friends apartment, just outside the third autobahn ring. The city center ist still 20km away. WOW, my home town seems like a village now 😀
We met a lot of Daschas and Stefans Friends, had parties and tried to concentrate on wedding preparations… 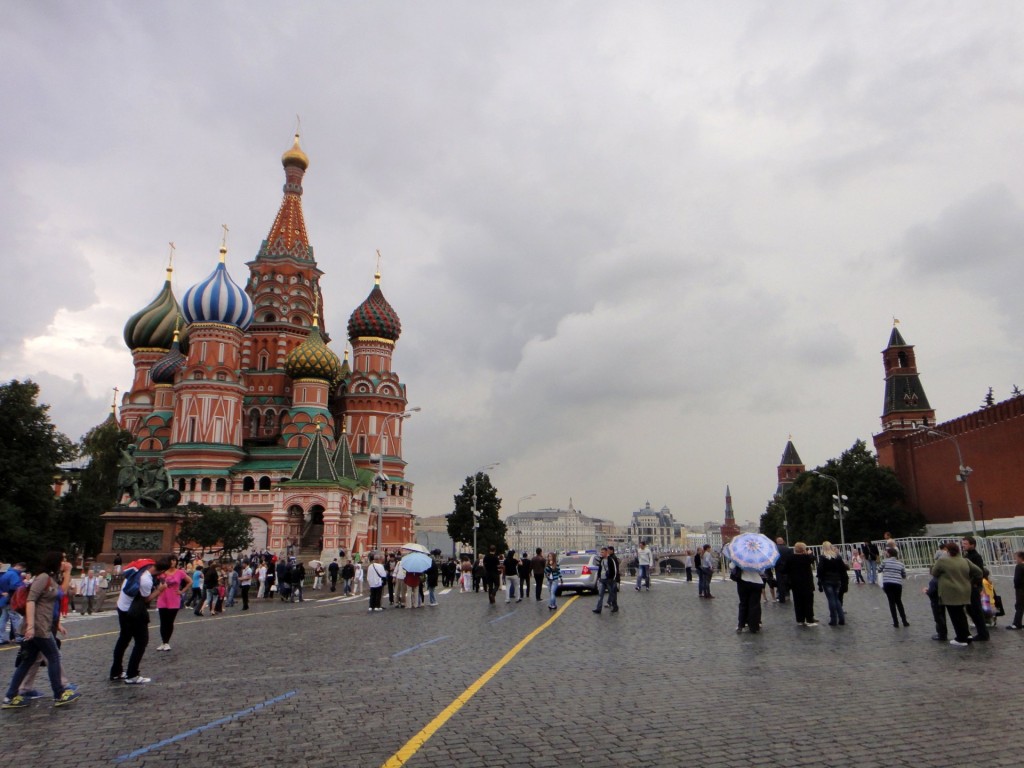 ^^ Kremlin and red square. Typical August weather in m´Moscow. They have rain and clouds, and clouds with rain. 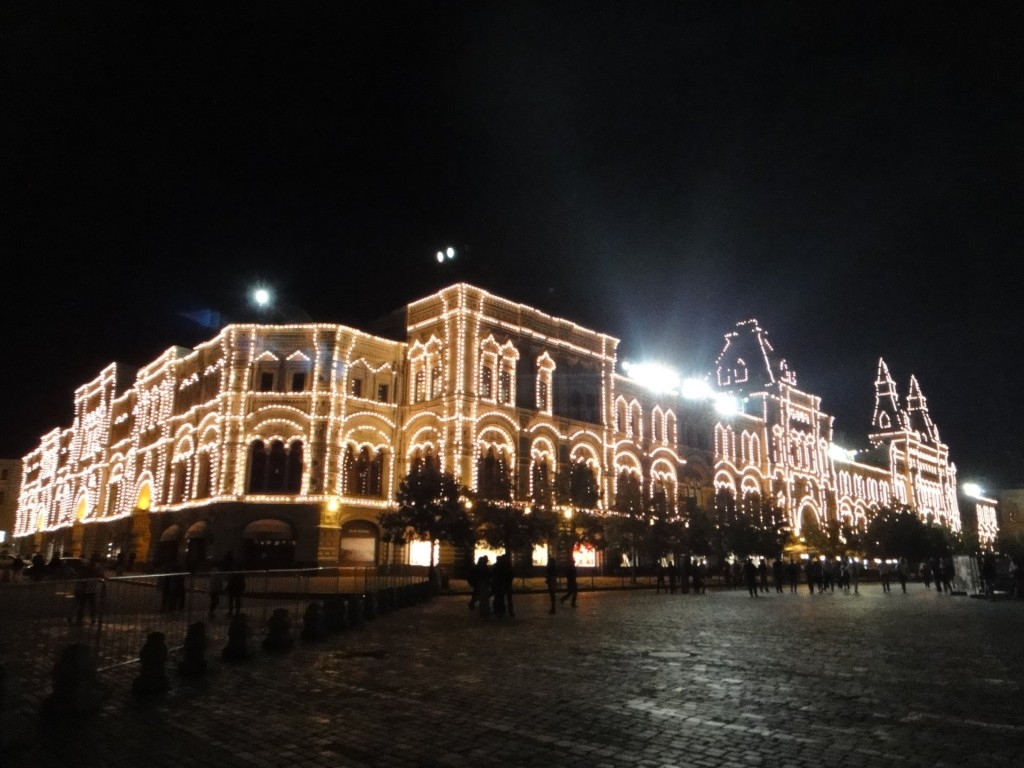 ^^ GUM, the most famous shopping center in Moscow. I am not sure, if its already christmas decorations. 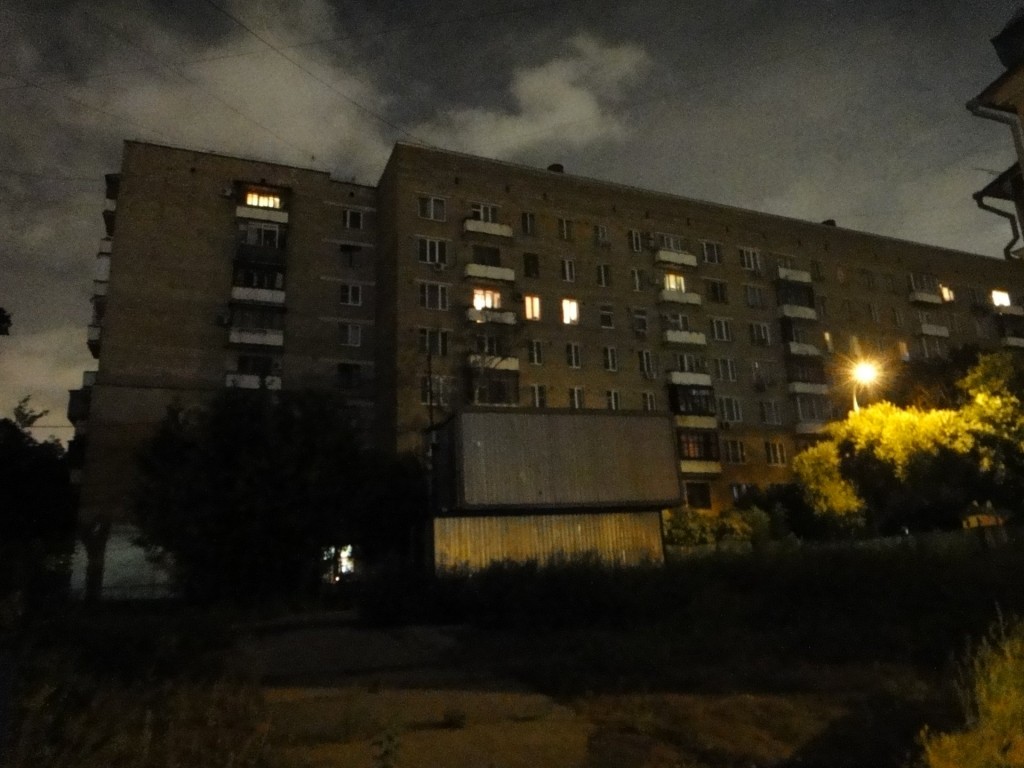 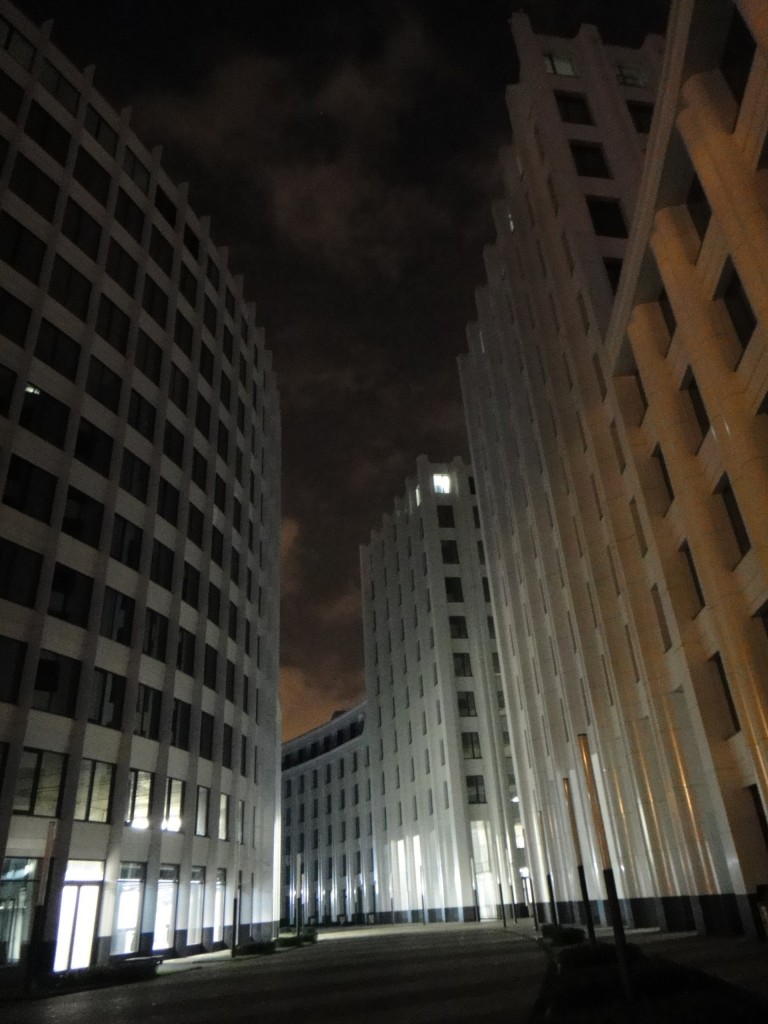 ^^ And like this. Old and new will be next to each other. Its like time traveling sometimes.

Wedding preparations were done in Vladimir.
The city of Vladimir is known for its many dragons. Well, for the dragons that were formerly living here because this guy Vladimir killed them all and put em on a big heap to build his house on top of it. The countryside here is very moory and before they had their heap of dragons they always got wet feet when going out of the house. Maybe my tanslation is missing some minor points of the city history (its been some years since my last day in russian language class [1994?]) but they now live on a rather big hill 150km east of Moscow. Oh yes, and the city was for some hundreds of years a main waypoint for the prisoners going to siberia and its said the local prison is the most romantic building here. 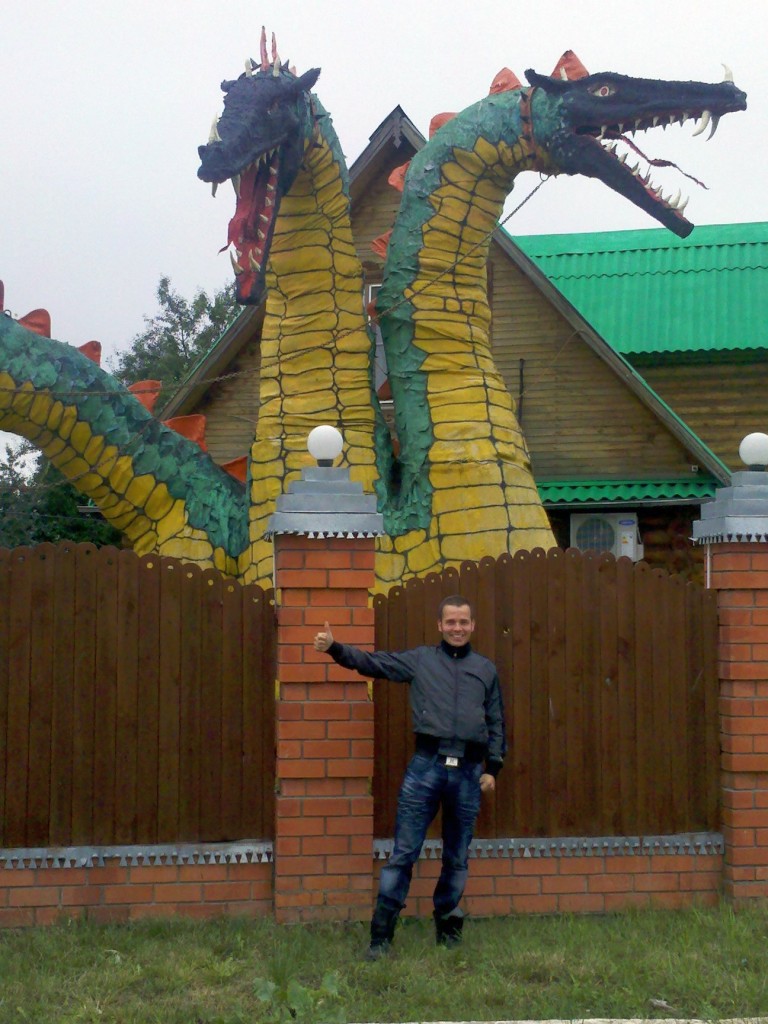 ^^ Some leftover dragon. They do security now. 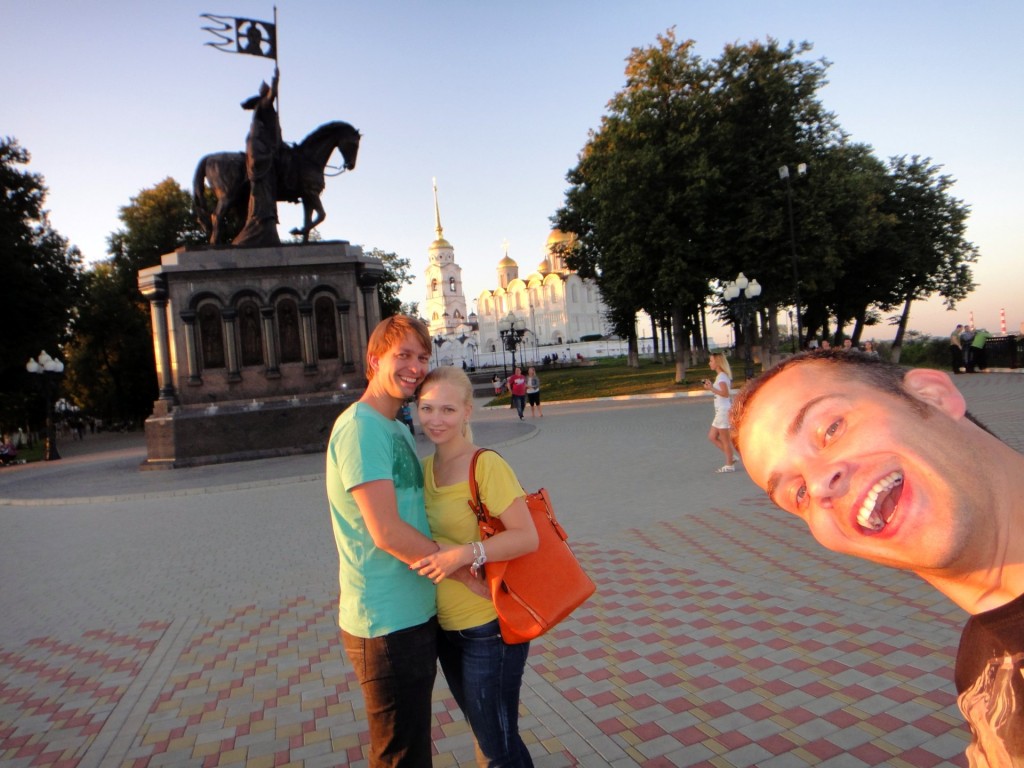 ^^ not the prison, but Mr. Vladimir himself. Oh, and Dascha, Stefan and Me 🙂
Beauty, wellness, cake and flowers…… and many othere things were to organize. Couldnt help very much but now I know a little more of Vladimir. I had lots of time looking at the russian way of driving 🙂 very funny sometimes. And lots of cool old cars like this: 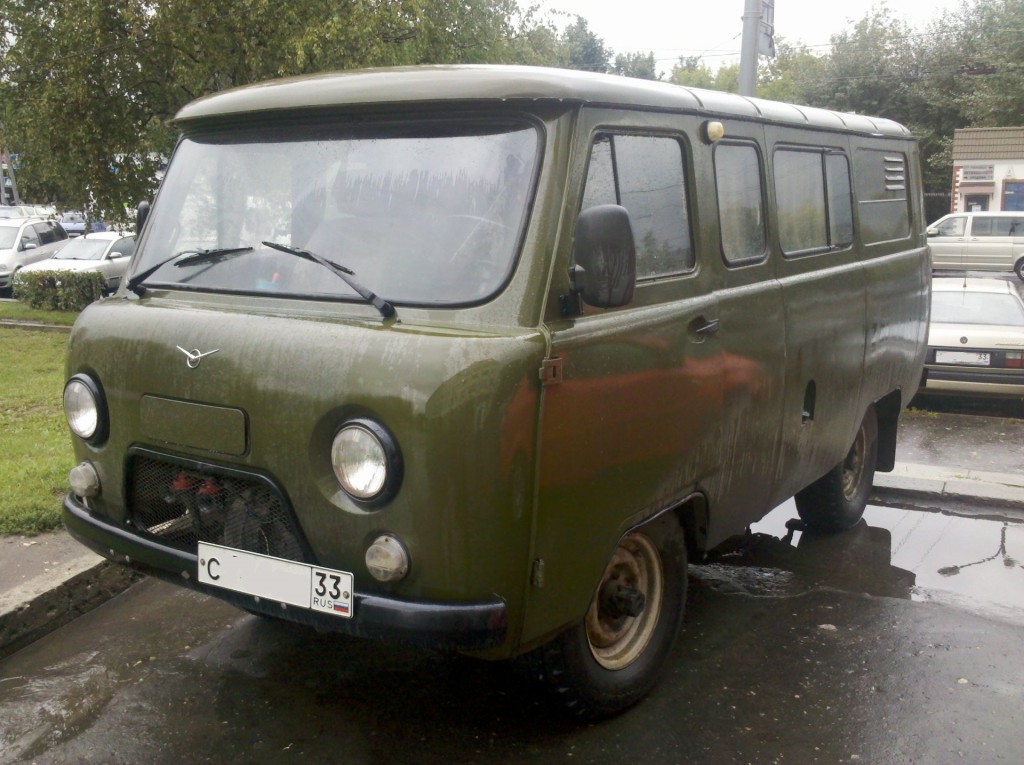 ^^ Its made of beautiful! 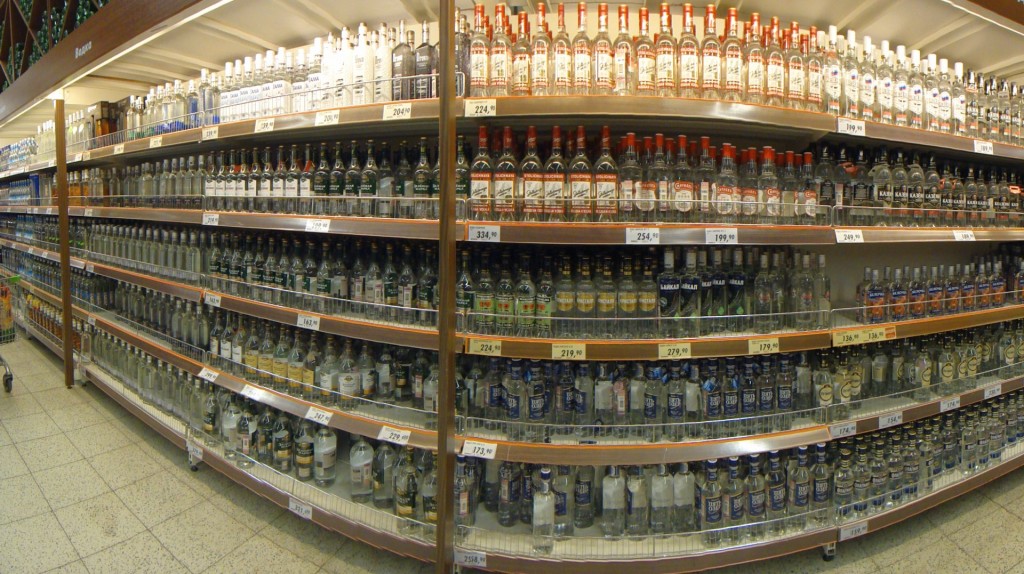 The wedding party was done in Susdal.
Its a nice little town some way off Vladimir. A few hundred years ago it was the capital of Russia and if you look around the town you can guess its former importance. Now its like a big museum. Well, they try to preserve the cities appearance (all new buildings have to be in this old russian style) but lots of the old churches and other houses are falling apart. 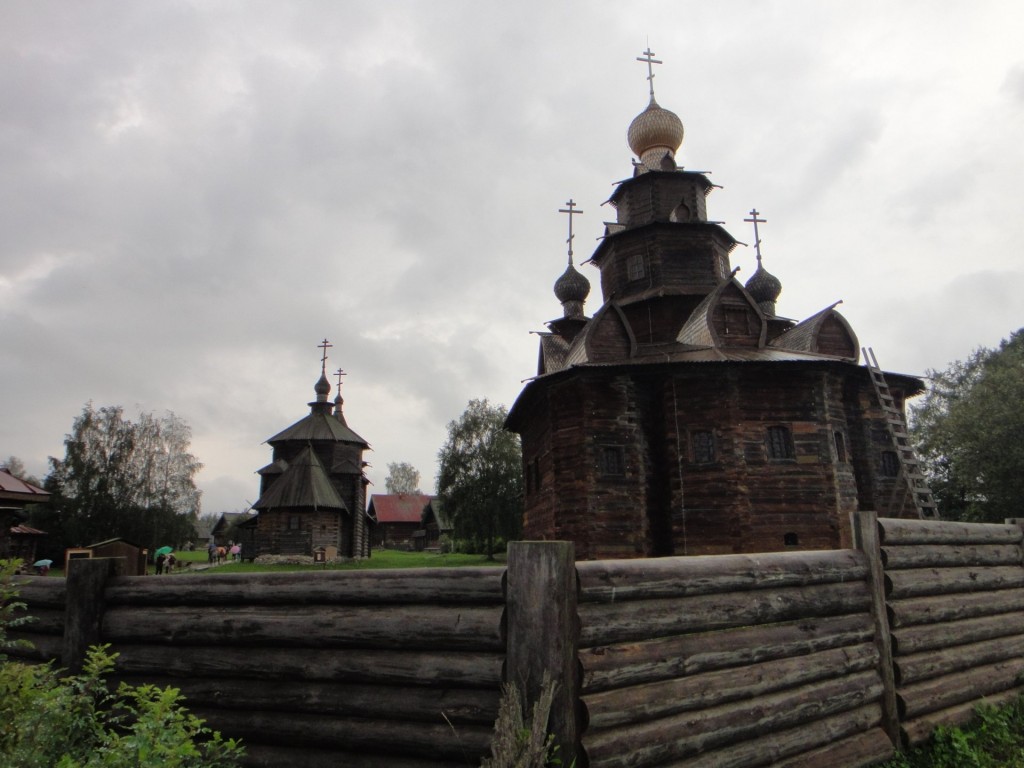 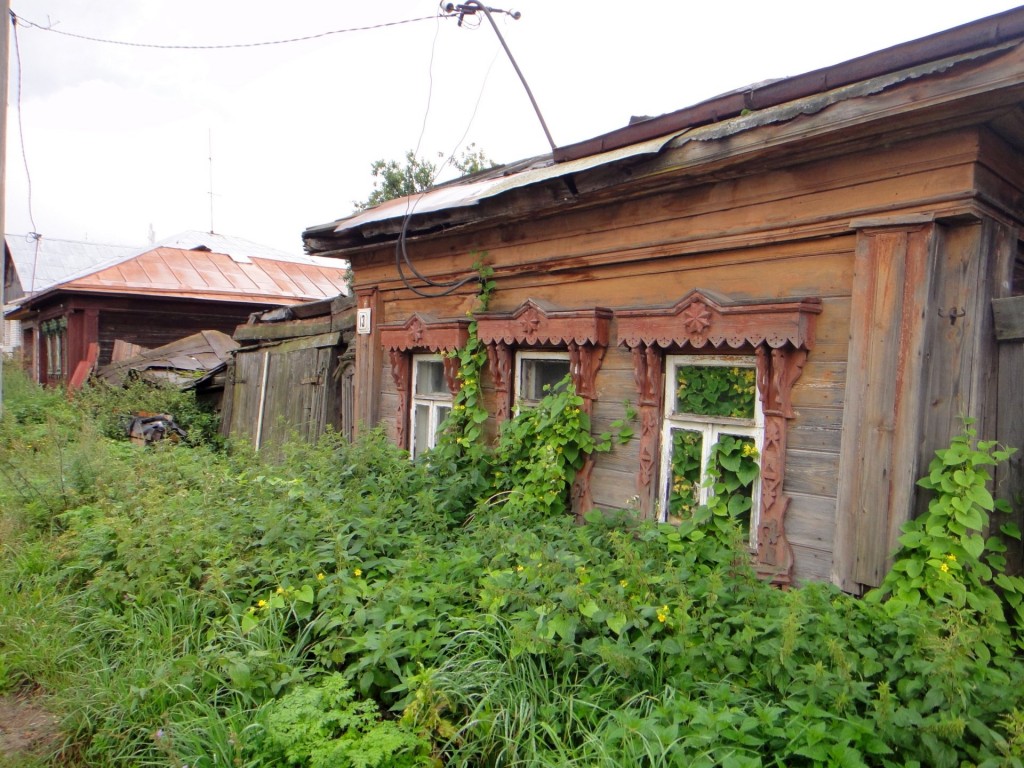 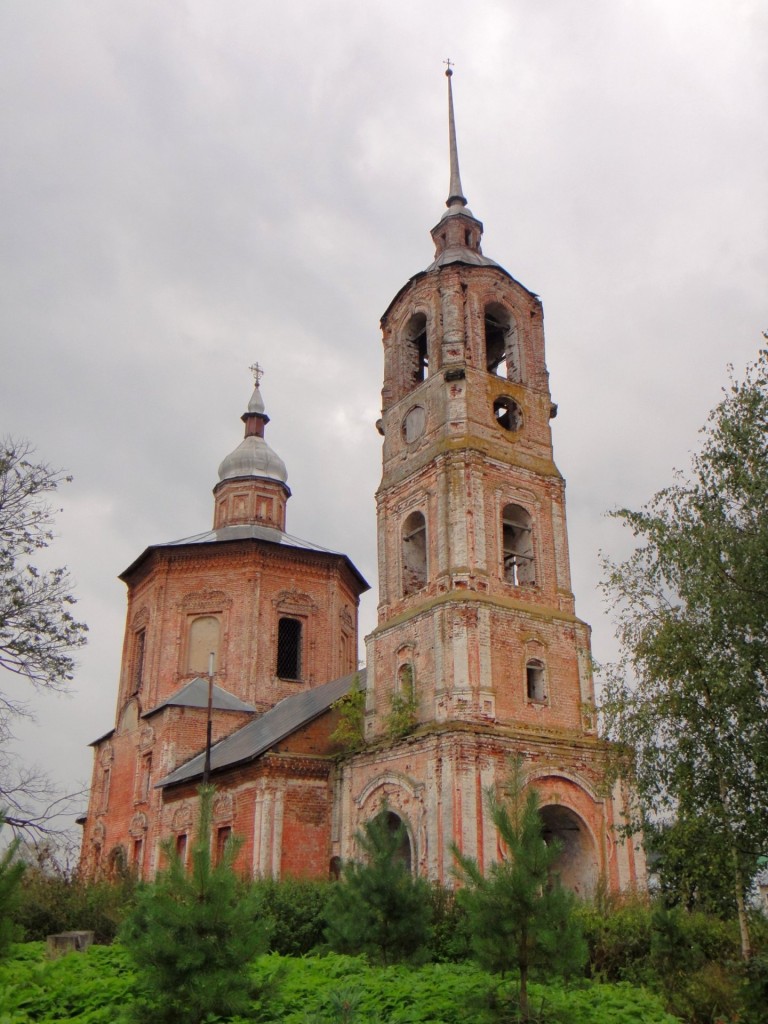 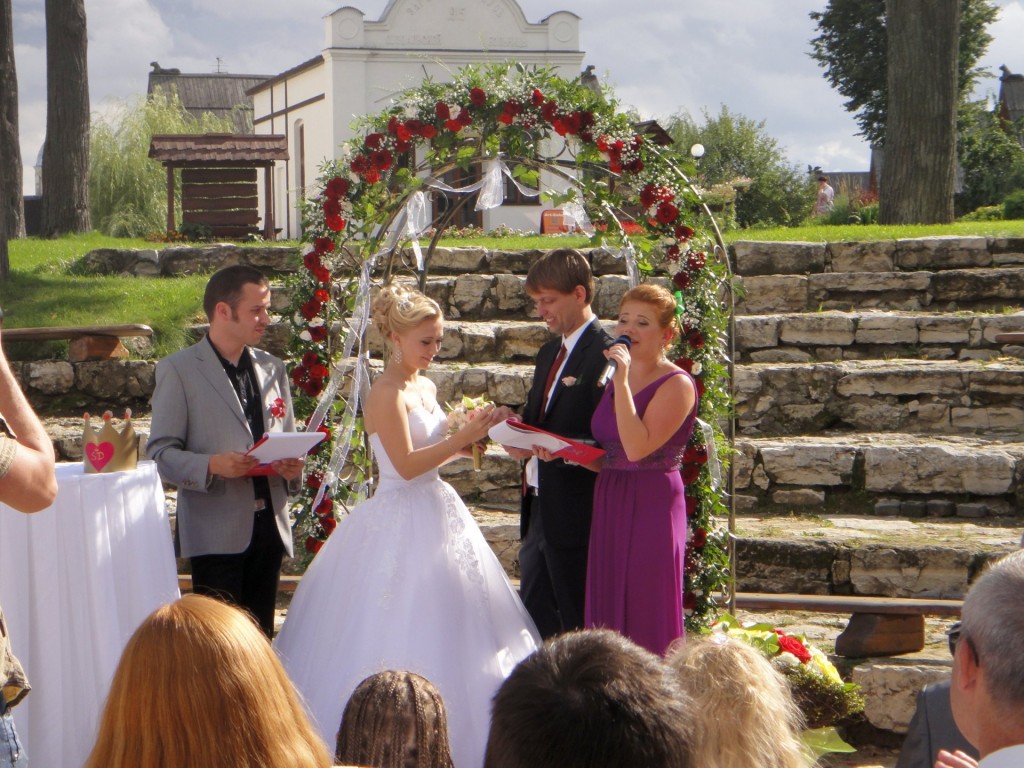 ^^ Doing my best to translate the wedding speech.

Ok, just reading, it was already translated. We would still be there, if I was translating 🙂 After 2 days of party everyone went back to Moscow. I had some more days to see Museums, enjoy the rain and the famous Moscow smile…. 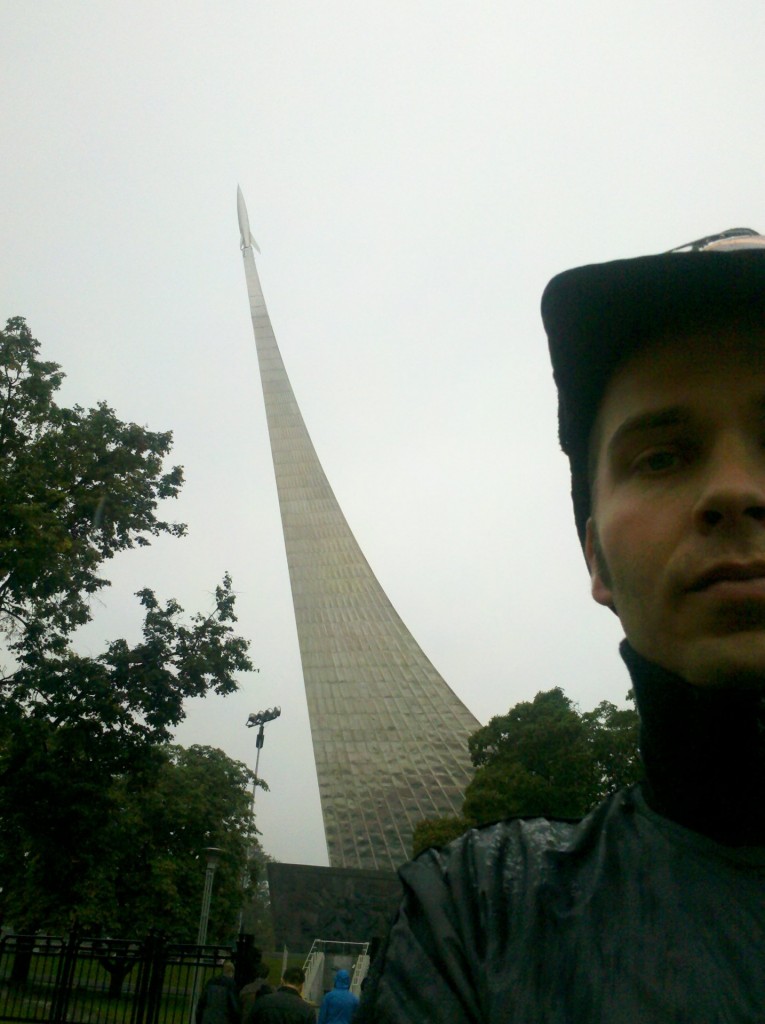 ^^ This is the monument for the russian space guys.
They are called Cosmonauts. The Americans are Astronauts and the Chinese are Taiconauts. Easy, isnt it? I wonder what we should call german guys in space. Krautonauts? 😀
Directly below there is a museum with lots of things about their space adventures and even a walk in mockup of the former space station MIR. Its only slightly bigger than my mobile home, but at least they had a toilet 🙂 .

The Moscow smile
As you can see in my face, leaving Russia was no easy choice. Despite many things to see and Oljas best efforts to show me nice places (thanks!!! 😉 ) I didnt like the city any more. First I wanted to stay one more week but the everyday rain, bad air from the countless cars and very vary promises about if I can stay at another friends place made the choice easy in the end. If someone tells you “shure you can stay at my apartment” that translates to  “maybe, but i have only one key and more guys coming tomorrow and not at the weekend and…… ” hey, I am a german, I organize things differently 🙂
Also the russian waiters make it easy to go. They have invented their own style of smiling (both ends of the mouth point downwards) and the way of being friendly to customers is a lot like “shut up and give me your money!”

As I was told later, its not common to smile to strangers in Moscow. You can see the most beautiful girls with a permanent grim face. Really no one smiles back, thats depressing. Grumpy cat would love this place.
But, people here smile when they really mean it. Just talk to anyone, you will realize it. After a short time, very warm smiles appear on their faces. 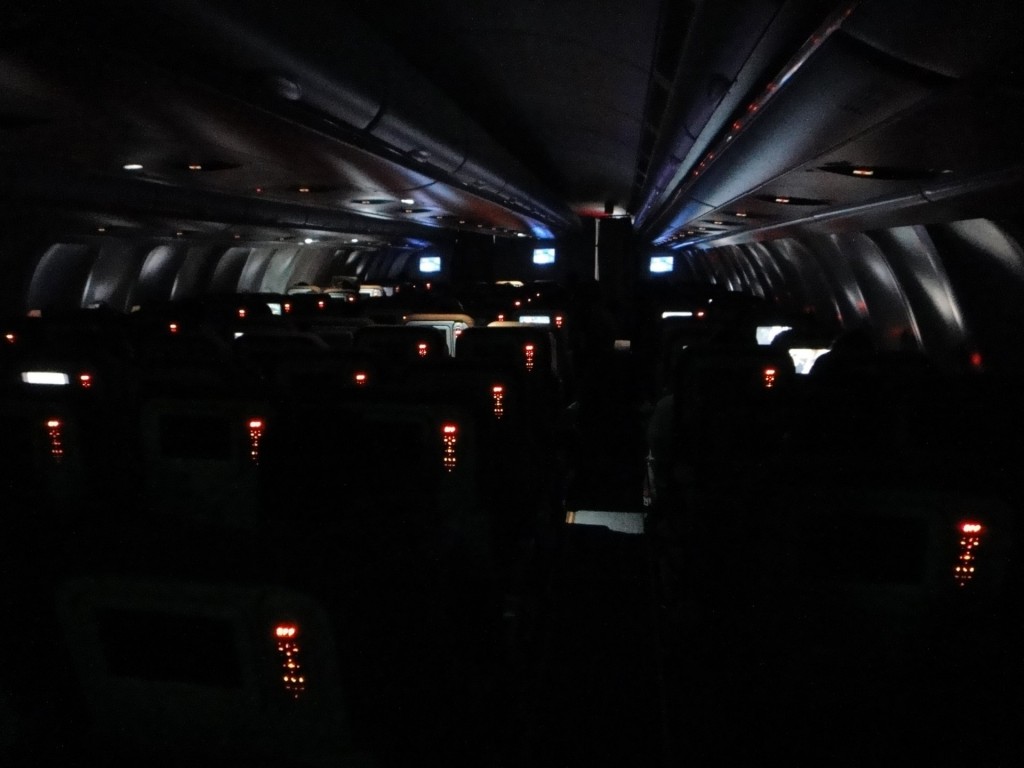 One Reply to “Russia”